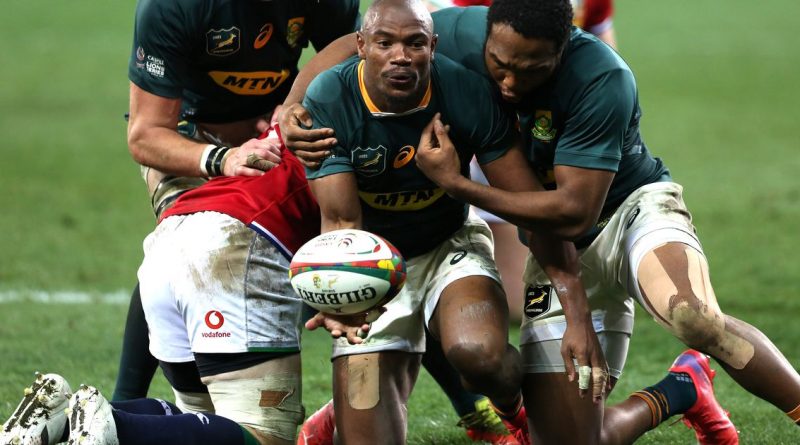 The two teams head into Saturday’s third Test level on one win apiece, and South Africa coach Jacques Nienaber has announced his team for the final British and Irish Lions Test

Jacques Nienaber has announced his team to take on the British and Irish Lions in Saturday’s series decider, but Duane Vermeulen hasn’t returned as many expected.

Vermeulen—who was named man of the match in South Africa’s triumphant 2019 Rugby World Cup final—underwent ankle surgery in June and was expected to miss the series.

The No. 8 juggernaut made a surprise return to training this week and might have been in contention, but there’s no place for him in Nienaber’s squad.

The series is balanced on a knife’s edge after South Africa beat the Lions in the second Test, teeing up a tense final fixture at Cape Town Stadium.

South Africa are looking to build on their momentum and complete a series win over the British and irish Lions.

Elsewhere, scrum-half Faf de Klerk and back-rower Pieter-Steph du Toit have failed to recover from injuries they suffered in the second Test.

Cobus Reinach and Franco Mostert have replaced them both, respectively, with Lood de Jager moving off the bench to fill the latter’s spot at lock.

De Jager impressed off the bench in the second Test as a makeshift flanker, but there will be newfound pressure to produce to the same standard from the first whistle.

There’s also little telling how the hosts will be affected by the absence of reigning World Rugby Player of the Year Du Toit, who came off just 20 minutes into Saturday’s sequel.

Sale Sharks scrum-half De Klerk is another major loss not simply due to his on-pitch product, but also because of the inside knowledge he might hold on certain opponents playing in the Premiership.

Lions coach Warren Gatland announced his team for the decider earlier on Tuesday, making six changes to the side that lost 27-9 in Cape Town this past Saturday.

Winger Josh Adams and full-back Liam Williams were among the most notable additions for the tourists, while Welsh team-mates Wyn Jones and Ken Owens will make their first Test starts.