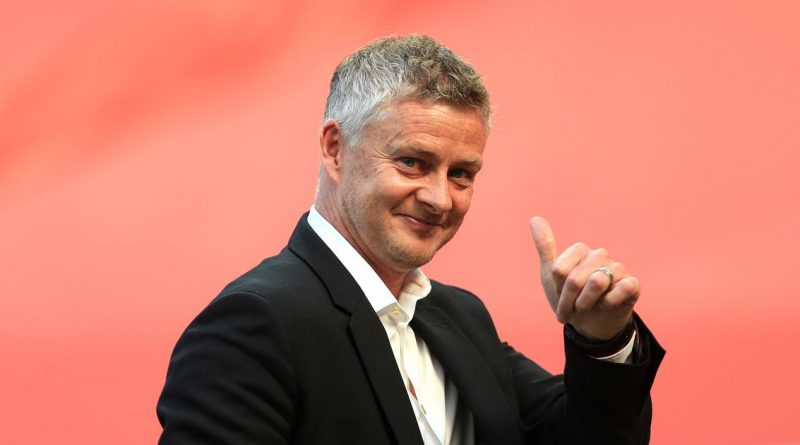 Solskjaer, 48, will bank around £25million from the deal, which also has the option of a further 12-months, after positive talks during the summer with Old Trafford bosses about the direction the club is heading under his guidance.

United have splashed more than £360million on signings over the last three years in a bid to bring back the glory days.

More new players will arrive before the summer window closes.

And after backing Solskjaer to the hilt in the transfer market, United have secured the Norwegian’s future by handing him a two-year extension that will take him to the summer of 2024.

Solskjaer said: “Everyone knows the feeling I have for this club and I am delighted to have signed this new contract.

“It is an exciting time for Manchester United. We have built a squad with a good balance of youth and experienced players that are hungry for success.

“I have a fantastic coaching team around me and we are all ready to take that next step on our journey.

“Manchester United wants to be winning the biggest and best trophies and that’s what we are all striving for.

“We have improved, both on and off the pitch, and that will continue over the coming seasons.

“I can’t wait to get out in front of a packed Old Trafford and get this campaign started.”

Securing Solskjaer’s future has been a top priority this summer after United finished second to rivals Manchester City last season.

Initial talks went so well, that executive vice-chairman Ed Woodward has been able to concentrate on securing the names on Solskjaer’s transfer wish-list.

Jadon Sancho has been secured in an £81.5million deal with Borussia Dortmund.

And United are also closing in on Real Madrid defender Rafael Varane after the Frenchman accepted a £200,000-a-week wage offer.

The Reds are currently unwilling to meet Madrid’s £50million valuation of a player who is out of contract next year, but both clubs expect a compromise to be reached.

A new midfielder is also on the agenda after Solskjaer sanctioned the club’s decision to cash in on Paul Pogba after the Frenchman rejected United’s offer of a new £400,000-a-week contract with Paris St Germain waiting to pounce.

Pogba, who has less than 12 months on his contract, is valued at £50million by United.

Like Varane, it is in the interests of both clubs to seal an agreement now.

Woodward, who will step down from his role at the end of the year, has steadfastly supported a manager who was only supposed to be a temporary appointment when he left Molde to succeed Jose Mourinho in December 2018.

Sir Alex Ferguson supported Solskjaer’s return to the club after urging United’s American owners to bring in a boss who knew the philosophy he had laid down over more than 25 years at the helm.

Solskjaer was an instant success – and signed a three-year contract when he was handed the job permanently following an epic Champions League win at PSG three months later.

He then guided United to a third-placed finish and back into the Champions League in his first full season in charge.

United had a difficult start to their campaign last year following a gruelling Europa League bid that ended in mid-August and limited their pre-season preparations.

Three defeats and a draw in their opening four home games hiked up the pressure on Solskjaer.

And he was under the cosh again when his team crashed out of the Champions League in the group stages.

United eventually recovered to finish 12 points behind the champions.

But Solskjaer’s hopes of landing his first piece of silverware as United boss were dashed by a Europa League final defeat on penalties at the hands of Villarreal.

There have been other near-misses during Solskjaer’s tenure, with four semi-final defeats in the FA Cup, Carabao Cup and Europa League.

After ditching David Moyes, Louis van Gaal and Mourinho for failing to build on Ferguson’s legacy, United’s owners feel they have a manager who has the club’s DNA running through him.