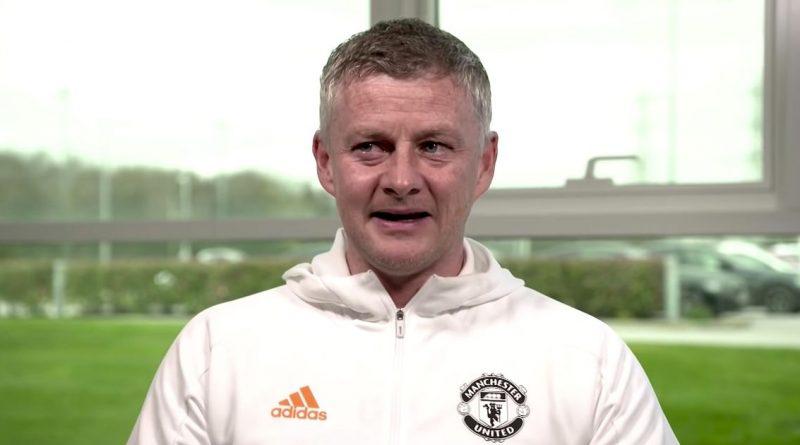 Ole Gunnar Solskjaer has revealed Paul Pogba contract talks have been positive and he is fully focused on performing for Manchester United.

The Frenchman is out of contract at the end of the season and recent reports have suggested he has turned down United’s latest attempt to tie him to an extended deal.

That would mean that clubs from abroad would be able to negotiate with the World Cup winner as early as January on a pre-contract agreement.

Real Madrid and Paris Saint-Germain have both been strongly linked amid suggestions that the Red Devils could be forced to cash in.

Solskjaer hopes to keep Pogba at the club
(

Pogba joined his United teammates earlier this week and was part of the travelling party that conducted a training camp in Scotland.

He may also be involved in their final pre-season fixture on Friday, when they take on Everton in front of around 55,000 supporters at Old Trafford.

Solskjaer has confirmed that talks are underway regarding a new contract, but insisted that Pogba remains positive around the camp and that negotiations are going well.

He said: “I hope every player thinks this is the place to be to win trophies. When you sign for Manchester United, you have to rise to the challenge.

“Paul has come back and he’s fresh and he’s always such a positive boy. The talks I’ve had with him have all been positive.”

Meanwhile, Pogba’s midfield colleague Bruno Fernandes has confirmed he is fit and raring to go, despite another summer packed with competitive football.

Fernandes stacked up the minutes under Solskjaer last term before being a major part of Portugal’s attempt at recapturing their Euros crown.

That bid was ultimately unsuccessful allowing the 26-year-old a much-needed break, a rest that has him feeling refreshed as he looks to win his first silverware as a United player.

“I’m fresh and happy to be back, seeing my team-mates again, training again, it’s always a good thing,” he told the club’s official site.

“It was nice, finally a long break after the season. It was a long time, I think five years maybe since my last full break and honestly it was good to be with family and friends and enjoy time with my kids.

“When we are playing, the time we spend at home is less than what we spend at the training ground!”

Solskjaer’s side kick-off their Premier League campaign against Leeds United at Old Trafford next Saturday where Raphael Varane could be available for selection.

It is understood the Real Madrid defender touched down in England on Thursday night to complete the formalities of his £41m move.

The fixture against Leeds may come too soon but he could be officially announced as a United player before the start of next week.