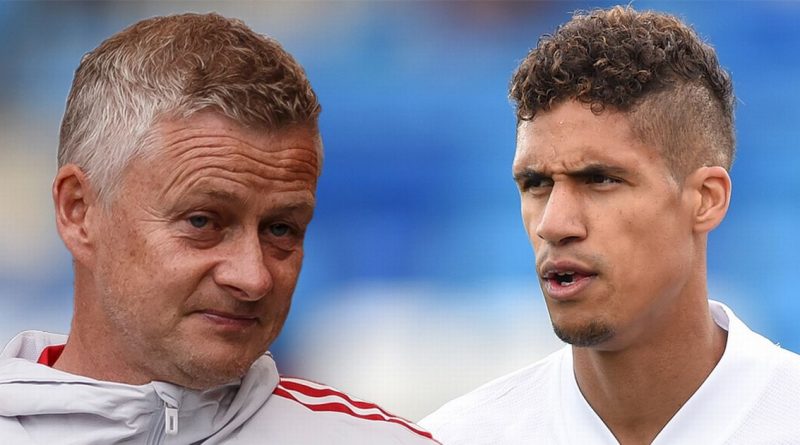 Ole Gunnar Solskjaer has hinted he will experiment with different ways of playing this season once Raphael Varane officially joins Manchester United.

The Red Devils announced last week they have agreed on terms with the Real Madrid defender ahead of a £45million move.

The transfer has been held up as Varane, 28, is currently experiencing visa troubles, according to the Telegraph.

The four-time Champions League winner is yet to fly out to Manchester as a result of the problem and is facing a spell in quarantine in the UK before he can finally complete his medical.

It means that Manchester United will have to wait at least another week before they can officially confirm Varane has signed.

United would have liked to have hand Varane on their books before this weekend’s friendly with Everton.

The Red Devils’ pre-season plans have already been disrupted by Covid, which has infected nine players and staff and resulted in Man United’s friendly with Preston being cancelled.

Solskjaer is not letting the setbacks get to him though and remains confident Manchester United will get the transfer for Varane over the line before the window slams shut.

He recently spoke out about the incoming signing and hinted the Frenchman’s arrival could prompt a tactical shake-up at Old Trafford.

Varane recently said his goodbyes to Real Madrid in a touching statement on Instagram.

The Frenchman has represented Los Blancos for 10 years, winning countless trophies in this time, but has his eye on a new challenge this season.


Do you want an exclusive pre-season preview of YOUR club – both in your inbox and through your letterbox? Head over here to find out more and secure your copy

“After 10 amazing and wonderful years at Real Madrid, a club I will always carry in my heart, the day has come to say goodbye,” Varane posted on Instagram.

“I had the honour of sharing the locker room with the best players in the world. Countless victories I’ll never forget, especially ‘La Decima’. I realise it’s been a great privilege to have been able to live those special moments.

“I want to thank all Spaniards and especially the city of Madrid, where my two children were born. This country will always be special to me. It’s been an amazing journey in every way.”