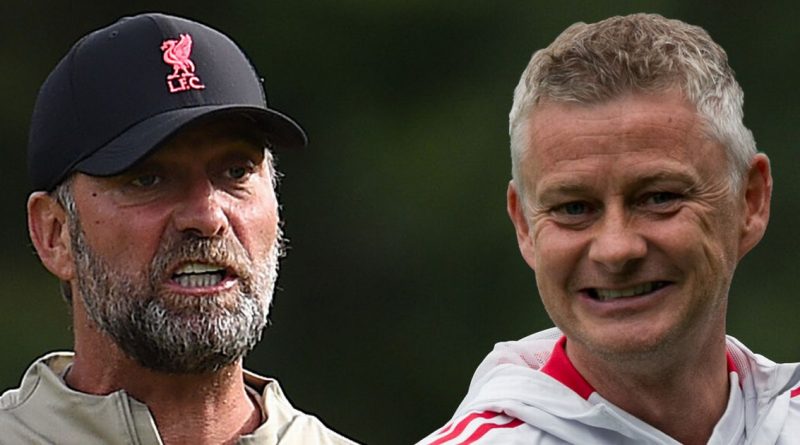 Manchester United announced during the Euros that they had reached an agreement to sign Jadon Sancho. The transfer took place shortly after the tournament concluded

Ole Gunnar Solskjaer has had the last laugh this summer what with Manchester United snapping up Jadon Sancho.

The England international was linked with a number of top clubs before he secured a £73million transfer to Old Trafford, putting pen to paper on a five-year deal.

The Reds’ electric front three of Mohamed Salah, Roberto Firmino and Sadio Mane are all 29 years old and Jurgen Klopp is keen to add some youth to his attacking ranks going forward.

Before Man United agreed on terms with Sancho, former Liverpool star Fabio Borini spoke out about Sancho and suggested the Reds hatch a plan to snap up the winger ahead of the Red Devils.

Jadon Sancho joined Manchester United in a transfer worth £73million
(

“Looking at Liverpool’s competitors I think more depth in the attacking positions would do the team good,” Borini told CaughtOffside. “Jadon Sancho would be a great signing and it would be fun to steal him from Man United.”

Liverpool failed to make a bid for Sancho this summer before United snapped him up, announcing the transfer would take place after the Euros while the competition was in full flow.

Sancho was announced shortly after the conclusion of the tournament, in which England were defeat in the final in a penalty shoot-out against Italy.

Upon joining Man United, Sancho said: “I’ll always be grateful to Dortmund for giving me the opportunity to play first-team football, although I always knew that I would return to England one day.

“The chance to join Manchester United is a dream come true and I just cannot wait to perform in the Premier League.

“This is a young and exciting squad and I know, together, we can develop into something special to bring the success that the fans deserve. I am looking forward to working with the manager and his coaching team to further develop my game.”

Solskjaer added: “Jadon epitomises the type of player I want to bring to the club, he is a forward player in the best traditions of Manchester United. He will form an integral part of my squad for years to come and we look forward to seeing him blossom.

“His goals and assists records speak for themselves and he will also bring tremendous pace, flair and creativity to the team.


Do you want an exclusive pre-season preview of YOUR club – both in your inbox and through your letterbox? Head over here to find out more and secure your copy

“Old Trafford will give him the platform he needs to release his untapped talent and perform at the highest level. For a player of his age, Jadon has already achieved a great deal and showed the courage to go and prove himself abroad.

“We all look forward to welcoming Jadon to the squad as we prepare for the new campaign.”