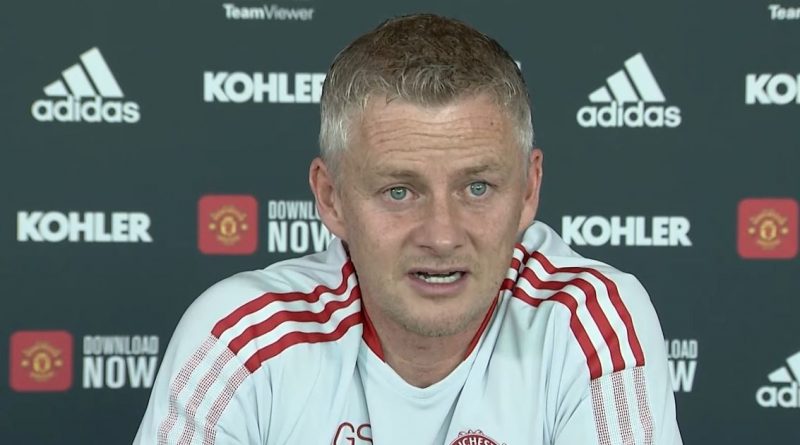 
Lingard has less than a year remaining on his contract at Manchester United, with reports last week claiming the midfielder was ready to leave the Premier League giants in January

Ole Gunnar Solskjaer has clarified Jesse Lingard’s situation at Manchester United amid claims the midfielder could depart in the January transfer window.

Lingard has less than a year remaining on his current contract at the Red Devils and has rejected their only offer of a new deal so far.

The Englishman had hoped that he would be brought back into Solskjaer’s plans following a highly successful loan spell at West Ham last season.

He scored nine goals as the Hammers secured qualification for the Europa League, but opted to remain at Old Trafford instead of seeking an exit in the summer window.

But his hopes that his United career could be resurrected have been dashed, with Lingard yet to start in the Premier League this season.

In fact, he has only appeared three times in the top-flight so far, but has still managed to score twice for the Red Devils.

The 28-year-old is thought to want to secure a place in the England squad for the 2022 World Cup and is beginning to feel that his best option to do that will be to leave United.

The Mirror reported on Thursday that Lingard is ready to seek a January exit from the club, with AC Milan and Barcelona among the clubs interest in signing him.

Lingard will be free to speak to foreign clubs from the start of the January transfer window and sign a pre-contract agreement.

But if the midfielder continues to refuse to sign a new deal, United could also attempt to cash in on their academy product.

That is a situation that Solskjaer is keen to avoid, with the United boss stating on Friday that he wants Lingard to sign a new contract.

Solskjaer also admitted that in order to secure an agreement, he will have to begin handing the midfielder more playing time.

“Jesse has had a good start to the season, of course. He’s come on and scored a few goals for us, that’s been very important for us,” Solskjaer said.

“He knows what we want, we want to prolong his contract, we see him as an important player for us.

“Hopefully we can get a deal sorted for Jesse because we really rate him, he’s a top player and top person who’s good to have around the club.”

Despite his lack of playing time, Lingard has continued to feature for the Three Lions, playing 73 minutes of the hammering of Andorra last week.

Solskjaer will get an immediate chance to prove to Lingard that he will be handed minutes if he stays at Old Trafford.

The Red Devils travel to Leicester City on Saturday, looking to break a run of form which has seen them win just two of their last seven matches in all competitions.