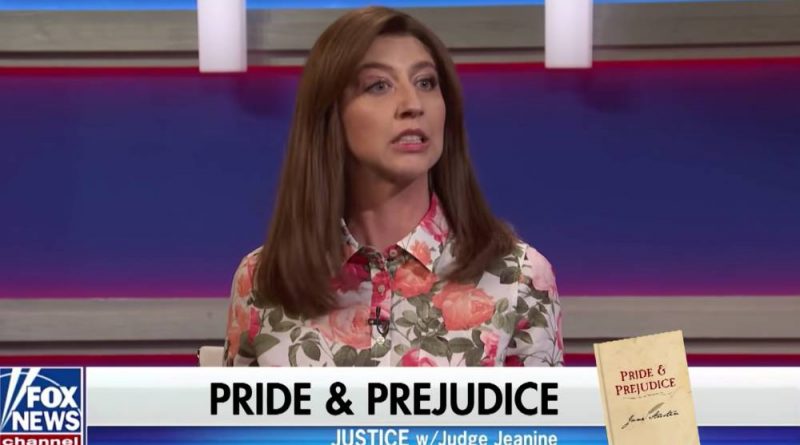 SNL’s Heidi Gardner played a conservative parent who banded together with other parents to create a list of books that should “never be allowed in the classroom”. (YouTube/Saturday Night Live)

SNL has returned with a brilliant spoof of Fox News that hit out at conservatives’ fury over LGBT+ books in schools.

The show’s cold open kicked off with Cecily Strong’s judge Jeanine Pirro interviewing a host of notables from the news this week including Glenn Youngkin (Alex Moffit), the governor-elect in Virginia.

He spoke about critical race theory and brought along a parent, played by Heidi Gardner, to the show to talk about her concerns about education.

“When my son brought home a copy of Beloved by Toni Morrison, I put down my copy of Fifty Shades and said: ‘No, a woman? Named Toni? Not in my ‘Merica,” Gardner said, outraged.

She explained that she and a group of parents had created a list of books that should “never be allowed in the classroom”. This included Louis Sachar’s Holes – because it “sounds sexual”; the Great Gatsby by F Scott Fitzgerald – because it has “too much jazz”; and even Jane Austen’s classic Pride & Prejudice.

“Prejudice is fine, but pride is a term that has been co-opted by the gays for some sort of Lady Gaga-themed nudity,” she declared.

Herman Melville’s Moby Dick was a “toss-up” because although the “title is dirty”, they “love that the whale is white”.

In recent years, conservative parents and Republican lawmakers have decried the inclusion of LGBT+ themed books in schools and public libraries.

Texas state representative Matt Krause drew up a list of 850 books on subjects ranging from racism to sexuality and gender identity that could “make students feel discomfort”. He also demanded that school districts in Texas report how many copies of each book are in their classrooms or libraries.

The Campbell County Library in Wyoming also faced a harsh outcry from parents and locals that materials in certain books in the children’s and young adults’ sections are “disgusting” and “inappropriate for children”.

But SNL didn’t stop at the outrage against LGBT+ books in schools. It also hit out at the backlash against Marvel’s Eternals, which features the franchise’s first openly gay superhero.

Moffatt’s Youngkin began by purposefully stating he was happy he won the gubernatorial election without the help of former president Donald Trump, who then appeared on the show. Trump (played by James Austin Johnson) wanted to congratulate Youngkin and “mostly myself for his victory in Virginia”.

The fake former president also went on to say the “awful PC police” don’t like Youngkin like they don’t like Chris Pratt as Mario in an upcoming Super Mario film adaptation. He even said the Super Mario film is going to do a “lot better than that awful Eternals movie”.

“It was too diverse, and no one wants to see that, okay?” he said. “That movie’s rotten. It’s rotten, just ask the tomatoes, okay?”