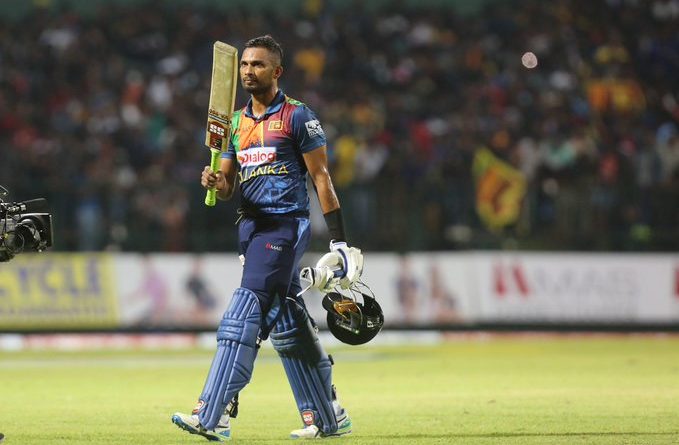 
Sri Lanka skipper Dasun Shanaka’s late assault defied Australia’s hopes to finish the three-match series with a whitewash. Shanka pulled off a spectacular win for the hosts in a thrilling run-chase at the Pallekele International Cricket Stadium on Saturday (June 11).

Australia had already sealed the series with successive wins in the first two matches in Colombo. Sri Lanka was all fighting for their pride and their captain ensured they registered a thumping victory in the final T20I match.

While chasing 177 in the second innings, the hosts were reeling at 118/6 after 17 overs and Shanaka was too struggling to score runs, just six runs after facing 12 deliveries at that point. Sri Lanka needed 59 runs from 18 balls. It was just a matter of time for the Sri Lankan skipper to turn the table on his head.

SL vs AUS: Dasun Shanaka finishes the best game of his international career

Shanaka switched his gears and targeted Australia’s best bowler of the day – Josh Hazlewood with his figures reading 3-1-3-2. Shanaka smashed Hazlewood 21 runs in five balls, he dispatched a six over mid-wicket followed by another one over long-on before hitting successive boundaries to bring the equation to 37 runs from 12 deliveries.

Shanaka tonked Jhye Richardson for a six over wide long-on to welcome the pacer in the penultimate over. Chamika Karunaratne, who was silently watching his captain take the Australian pacers to the cleaners, hit one boundary in his meagre contribution to the undefeated 69-run stand between them.

Shanaka had done a tremendous job in terms of creating pressure on the Australian bowlers as Kane Richardson, while defending 18 runs in the final over, started with a couple of wide balls. The equation came down to 15 off four deliveries, the Sri Lankan skipper clobbered a couple of fours before smoking Richardson’s full toss straight down the stands to level the scores.

Shanaka wasn’t required to hit the winning runs as Richardson helped him with another wide delivery. Sri Lanka became the team to score the most number of runs successfully chased in the last three overs and Shanaka (54* off 25 balls became the first player to score more than 50 runs in the slog overs of a T20I chase.