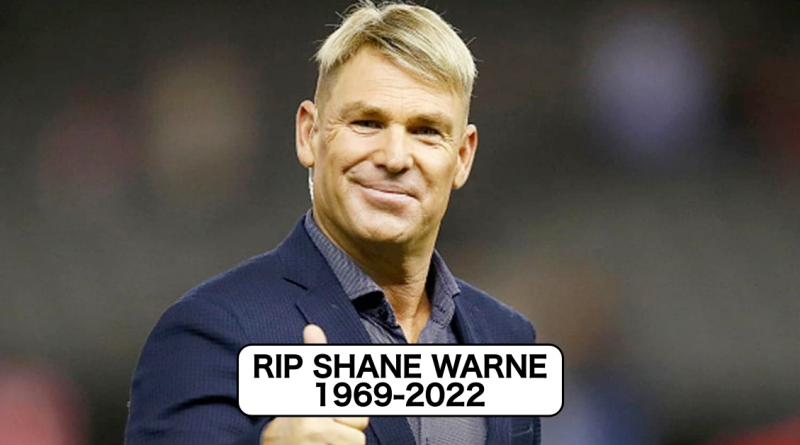 
The forthcoming SL vs AUS 1st Test is going to be dedicated to late Aussie spinner Shane Warne. The Sri Lanka cricket board and Australia Cricket have made arrangements to pay honour to Shane Warne through the match. The Australian team is currently on tour to Sri Lanka for a multi-format series comprising of T20Is, ODIs, and Tests.

Shane Warne, the legendary Australian spinner, died due to a cardiac arrest in March this year during a vacation in Thailand. The news of Warne’s death shocked the whole cricket fraternity. Recently during ENG vs NZ 1st Test at Lord’s, Warne was given respect with a minute of silence by players and spectators.

Also Read: SL vs AUS: He Just Has To Bide His Time At The Moment – Australia Coach Andrew McDonald On Travis Head’s ODI Turn

Australian cricket CEO has confirmed that Shane Warne’s family members will be attending the SL vs AUS 1st Test in Galle, which will be dedicated to Warne. The Test match is scheduled to be played from June 29 to July 3 at Galle International Stadium in Galle.

Australia’s tour of Sri Lanka 2022 consists of 3 T20Is, 5 ODIs and 2 Test matches. The T20I series has concluded with the visitors Australia winning the series 2-1. Australia crushed Sri Lanka in the 1st T20I by wickets and 2nd T20I by 3 wickets. However, they lost the 3rd T20I by 4 wickets.

Now, both the teams are set to play a total of 5 ODI games. The SL vs AUS 1st ODI takes place on June 14 (Tuesday) at Pallekeke International Stadium. After the completion of the ODI series, the two-match Test series commences on June 29 with the 1st Test. Both the Test matches will be played at Galle International Stadium in Galle, Sri Lanka.