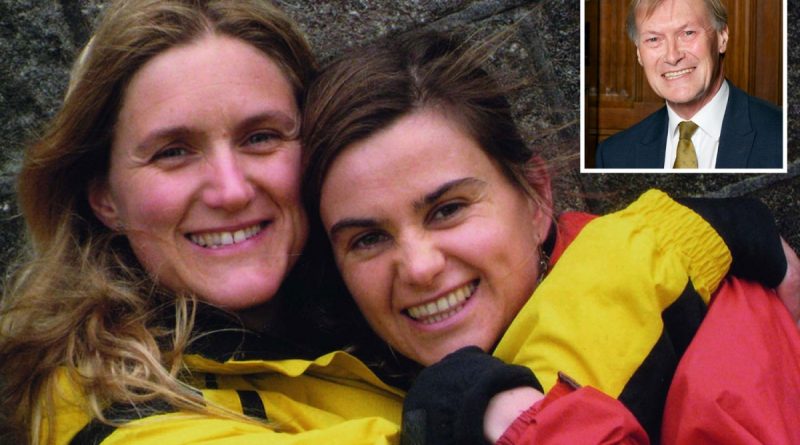 
THE sister of murdered MP Jo Cox has revealed her partner asked her to step down from politics after Sir David Amess’ stabbing death.

Kim Leadbeater won the Batley and Spen by-election in July – five years after her sister Jo was shot and stabbed by a far-right extremist.

The MP said she has been left “scared and frightened” by the death of Sir David – who was knifed multiple times at a constituency surgery in Leigh-on-Sea, Essex.

Ms Leadbeater told the BBC: “I find myself now working as a politician and trying to do good things for people and it’s really important you get good people in public life.

“But this is the risk we are all taking and so many MPs will be scared by this.

“My partner came home and said, ‘I don’t want you to do it any more’ because the next time that phone goes, it could be a different conversation.”

Commons Speaker Sir Lindsay Hoyle earlier said police were contacting all MPs to check on their security after the attack.

Cops last night confirmed that Sir David, 69, was knifed to death in a terror attack – as a 25-year-old man was held by armed cops.

Anti-terror cops revealed the arrested British national of Somali origin is thought to have been inspired by Islamic extremism.

Priti Patel has since launched a review into MPs’ safety after branding the killing “an attack on democracy”.

It is understood the suspect lived in Sir David’s Southend West constituency after his family came to the UK from the war-torn East African country in the 1990s.

Commons speaker Sir Lindsay said: “It is about doing the right things working with the police constabularies right across the United Kingdom because it is about joining that up.

“It is about doing the right things working with the police constabularies right across the United Kingdom because it is about joining that up.

“I know that they are contacting all the MPs to check about their safety, to reassure them, because in the end we have got to make sure that is a priority.”

“Those people who do not share our values or share democracy, they will not win and we won’t let them win.

It comes as a former Conservative minister urged his fellow MPs to stop offering face-to-face meetings with constituents following the stabbing.

Tobias Ellwood, who attempted to save the life of Pc Keith Palmer following a terror attack on Westminster in 2017, was quoted on BBC Radio 4’s Today programme.

“I would recommend that no MP has a direct surgery until you can move to Zoom,” Mr Ellwood said, in comments originally made on the station’s The World Tonight programme.

“There are other ways. You can actually achieve an awful lot over the telephone, you can get things moving far faster than having to wait for the surgery date as well.”

But cutting off in-person meetings all together has been criticised.

Councillor Kevin Buck – deputy chairman of the Southend West constituency association – said he is against moving MPs’ surgery meetings to Zoom after the death of Sir David.

Mr Buck said he does not believe Sir David would have wanted meetings to go online, nor would he have wanted extra protection such as metal detectors and a police presence at face-to-face talks with constituents.

Speaking to BBC Breakfast, he said: “I don’t think he would have approved, I personally don’t approve really, I know we have to take our own personal safety very seriously, but I enjoy, as Sir David did, meeting the people.

Yesterday, Jo Cox’s husband said David Amess’s death “brought everything back” after his wife was murdered.

Today’s bloodbath is the ninth time an MP has been murdered in the UK, the sixth since WW2.

Among those was Jo, who was gunned down and killed on her way to a constituency surgery in 2016.

Brendan said after Sir David‘s death was confirmed: “My thoughts and love are with David’s family. They are all that matter now.

“This brings everything back. The pain, the loss, but also how much love the public gave us following the loss of Jo.

“I hope we can do the same for David now.”

Labour MP Jo was killed by Nazi-obsessed Thomas Mair in broad daylight just a week before the EU referendum vote.

The mum-of-two was stabbed and shot as she made her way to a constituency meeting in Batley and Spen, West Yorkshire.