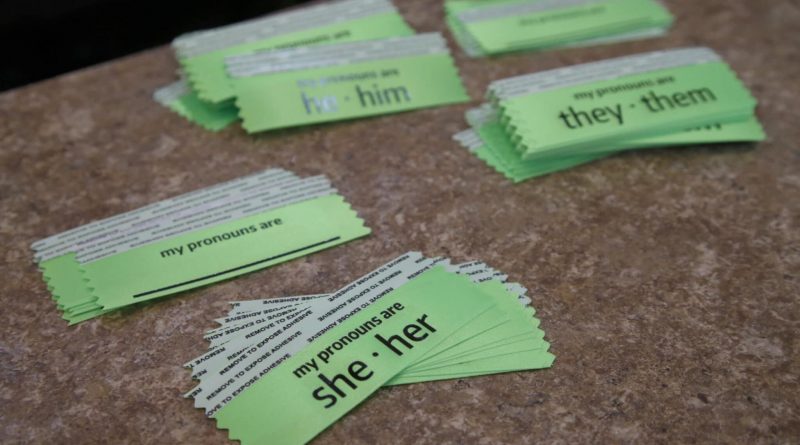 Purportedly first sent to a law firm, it claims to be from an anonymous client who’s concerned by the pronouns they’ve seen in staff email signatures, describing this as “a political statement on an extremely controversial and divisive issue”.

A Mumsnet user claiming to be a friend of the letter writer shared the template on the parenting forum on 31 October, with the idea that others can “adapt it” and send it on.

“This is an email a friend wrote to a law firm about how seeing pronouns in their staff emails makes her feel, as a woman,” the user said.

“Apparently it may have worked as the male lawyer stopped putting pronouns in his signature. She wants other women to adapt it. She set up a gmail account in another name as she didn’t want her email to result in negative treatment from the staff, but wanted the firm to know how statements of allegiance to gender ideology makes her feel.”

The letter compares pronouns with political positions like “Leave” or “Remain”, and claims they represent a “gender identity ideology” that is “regressive, sexist and homophobic”.

The text reads as though from a single, concerned person, meaning that companies receiving it may not realise it has been sent from a template.

“When I see your staff acting as activists with political statements in their email signatures it does not make me feel comfortable at all, and makes me feel like they would not treat me fairly if they knew that I profoundly disagreed with their political views on the importance of women’s rights,” it states.

“I ask that [company name] reconsider whether it is appropriate for staff to have political statements such as pronouns in their email signatures, and whether staff should be using their workplace as a forum for their activism.”

“Thanks for sharing this,” one Twitter user said. “My workplace is trying to push this through and most colleagues have fallen. They are even sending pronoun badges around for staff to wear! I have politely declined. I’m going to use this to send a letter to the boss.”

“This needs to be sent to local councils, NHS, BBC and any other tax funded organisations,” wrote another.

Pronouns are increasingly being shared by cis people as a way of showing allyship with the trans community and normalising the act without placing the onus on trans people.

Consistently using the correct name and pronouns for trans people can reduce their rates of anxiety, depression and suicidal thoughts to almost the same levels as their cisgender counterparts.

Despite this, the simple act of sharing pronouns is routinely targeted by anti-trans trolls, especially on social media where “pronouns in bio” has become a popular – if thoroughly ineffective – insult.

The retailer M&S has recently embraced sharing pronouns in the workplace by giving staff the option to include “He/Him/His”, “She/Her/Hers” or “They/Them/Their” on their name badges.

“Giving people the option to display their personal pronouns at work – for example in their email signature or on name badges – is a really important way to show allyship towards trans and non-binary colleagues,” he said.

“Being misgendered, even if done unintentionally, can be a particularly distressing and alienating experience for someone, so it’s only a good thing to have clear ways for colleagues to show which pronouns they use.

“When colleagues here at M&S suggested we give people the choice of including pronouns on name badges, our Inclusion & Diversity and Uniforms teams gladly introduced this very speedily, which was great! It’s such a small step that companies can take, but it can make a big impact for trans, non-binary and gender non-conforming people in the workplace.”