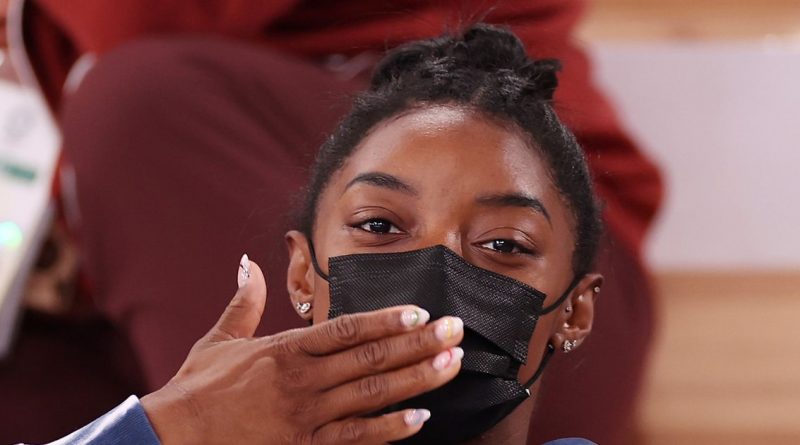 Simone Biles was expected to be one of the poster athletes of Tokyo 2020.

But already, she is THE poster athlete of Tokyo 2020. Hers is the brave face of these Games.

Brave enough to admit she is struggling, brave enough to concede the physical and psychological trauma of her life’s arduous journey has taken a toll.

Because before anyone goes any further, start with this, from former fellow gymnast Andrea Orris.

“We are talking about the same girl who was molested by her team doctor throughout her entire childhood and teenage years. That girl has endured more trauma by the age of 24 than most people will ever go through in a lifetime.”

And tragically, a lot of us know people in sport whose lifetime has been cut horribly short by the type of trauma Biles has been forced to carry with her by that heinous doctor, Larry Nassar.

Those people suffered horribly in silence, mistakenly thinking that battling on in their sport was a sign of strength to themselves. Sadly, that turned out to be a fatal mistake.

If Biles’ dignified withdrawal from both the team event and the individual all-round competition is an eloquent request for help, then it has to be answered with nothing but positivity.

And that is why Biles stepping away from these Olympics for the time-being cannot be trivialised.

It is a watershed moment in elite sport.

The fact we can refer to Biles’ deeds and words at these Olympic Games as ‘brave’ – as so many have done in the widespread support for her – only goes to show how far sport has to go in terms of compassion and understanding.

There should not be anything ‘brave’ about Biles admitting she is struggling.

There should not be anything ‘brave’ about Biles admitting she has mental health issues to deal with.

It should be absolutely normal. She should not be a villain for not competing and neither should she be some sort of hero for telling us why she was taking a break.

That it is not, tells you how sport has got itself into a sorry state in which anyone who is not perceived to have so-called mental strength is seen as a pathetically weak individual.

And that is why we can refer to Biles as ‘brave’.

Not only was it ‘brave’ of Biles to speak as she did, it would have been foolish to carry on.

Gymnastics carries too many physical dangers for it to be performed when mentally distracted.

The ex-gymnasts who watched Biles abort her intended vault in mid-air were horrified by the potential consequences.

If, by carrying on, Biles’ mental state was threatening to cause grievous harm to her physical state, then why is there even a discussion about it?

Biles has yet to decide whether or not to take part in next week’s individual finals.

But such would be the massively oppressive attention on her, it is hard to see how she can.

Simone Biles is already THE poster athlete of these Games.

She is already a hero.