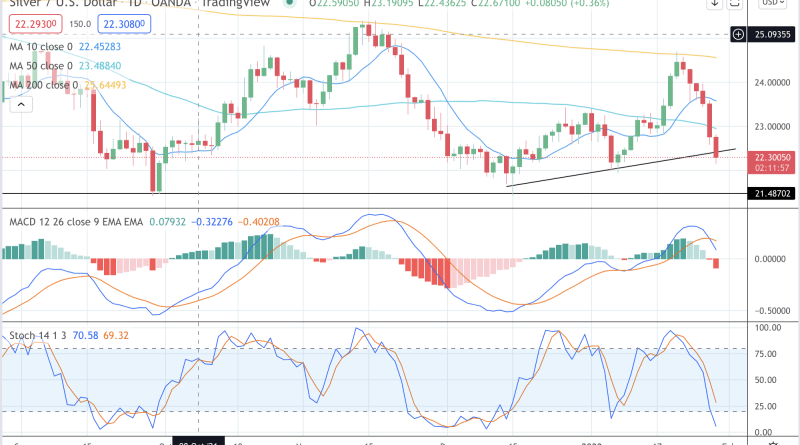 
Silver prices continued to move lower on Friday for the sixth consecutive day of losses ahead of growing expectations for a rate hike. The US dollar is on track for its largest weekly rise in seven months following the Fed’s signal. As the US dollar soars, gold prices tumbled as the metal becomes more expensive for overseas buyers. US stocks saw massive swings this week and huge intraday movements due to tightening expectations. Benchmark yields dipped following the 4.9% gain on December’s Personal Consumption Expenditures Index, the Fed’s key inflation gauge.

December’s PCE gauge showed that prices rose by 5.8% year-over-year and the core PCE was up 4.9%. This is the biggest surge in inflation in decades. Although incomes rose by 7.3% in 2021, it is not enough to offset the increase in inflation. Further government stimulus is also unlikely.

This article was originally posted on FX Empire