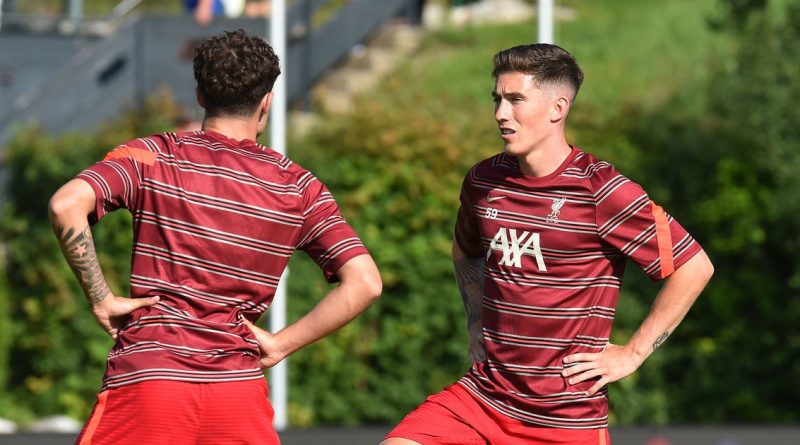 Liverpool’s Harry Wilson is on the verge of a switch to Championship side Fulham.

The Wales international has been linked with numerous moves this summer, including former loan club Cardiff City as well as Portuguese giants Benfica.

But it is Fulham, who were relegated from the Premier League last season, who have won the race.

The Cottagers are said to be putting the finishing touches to a deal worth £12million.

Wilson has been part of Liverpool’s training camp out in Austria but was not involved in Friday’s friendly win over Mainz. But news broke today that Wilson has been given permission to leave the camp and finalise his move to London.

He has only ever made two senior appearances for Liverpool; both came in domestic cup competitions.

He has spent five separate spells away from Anfield on loan, playing in three different divisions for Crewe, Hull, Derby, Bournemouth and Cardiff respectively.

With the 24-year-old now set for Craven Cottage, we thought we’d look at the potential squad numbers he could take his pick from.

His squad number at Liverpool at present is 59 – somehow we think he may want something much lower despite Fulham (unsurprisingly) also having that number vacant.

Fulham do have a clutch of first XI numbers going spare: Numbers 5 and 6 are available following Joachim Andersen and Kevin McDonald’s departures.

The number eight shirt, once worn by Fulham legend Brian McBride, could also be up for grabs.

Stefan Johansen has it at present but he looks on the verge of a move to QPR so Wilson could well pounce for that sought-after digit.

Tom Cairney is another linked with a move away this summer and if he does go, his number 10 shirt is one Wilson will certainly be having his eyes on too.