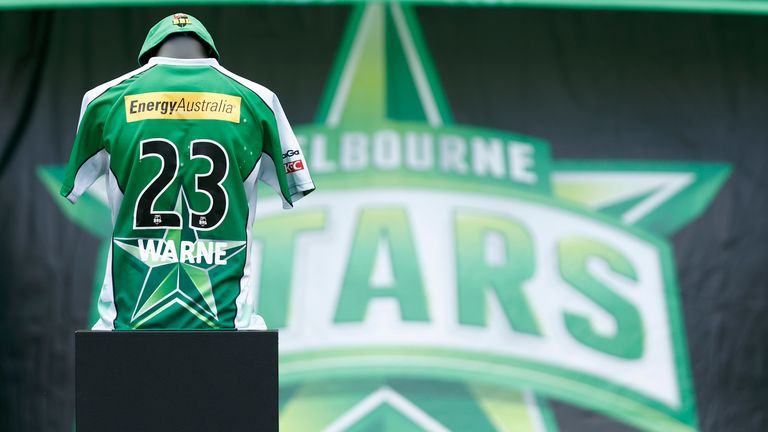 
Australia and South Africa players will wear floppy hats during the national anthems of the Boxing Day Test at the Melbourne Cricket Ground as a tribute to the late, great Shane Warne.

The Test in Melbourne will be the first at Warne’s home ground since his death in March at the age of 52.

Cricket Australia said day one of the game would acknowledge “the significance of the MCG in Warne’s career and life”.

Warne’s floppy hat and a ball will be featured on a plinth, while the stadium’s big screen will show a graphic of the bowler at 3.50pm local time and a highlights package of his career.

Warne’s Test cap number of 350 will be painted square of the wicket for the duration of the Test, at a venue where the leg-spinner’s highlights included an Ashes hat-trick in 1994 and his 700th Test wicket at the ground 12 years later.

Fans are being encouraged to wear a floppy hat and don Warne’s trademark zinc sunscreen when attending the match.

Australia will be looking to wrap up a series win in Melbourne, having routed South Africa inside two days of the first Test on a green Brisbane pitch.

The third and final Test takes place in Sydney from January 4.

Cricket Australia chief executive Nick Hockley said: “Shane is an icon to cricket fans globally for the greatness of his cricketing achievements, his charisma and his infectious enthusiasm for the game. His place as a legend of Australian and world sport is assured

“Whilst we continue to mourn his passing, it is fitting that we honour Shane at his beloved Boxing Day Test at the MCG.

“I know I speak for the whole cricket community in saying that our thoughts continue to be with Shane’s family and friends and particularly his children Brooke, Jackson and Summer.”