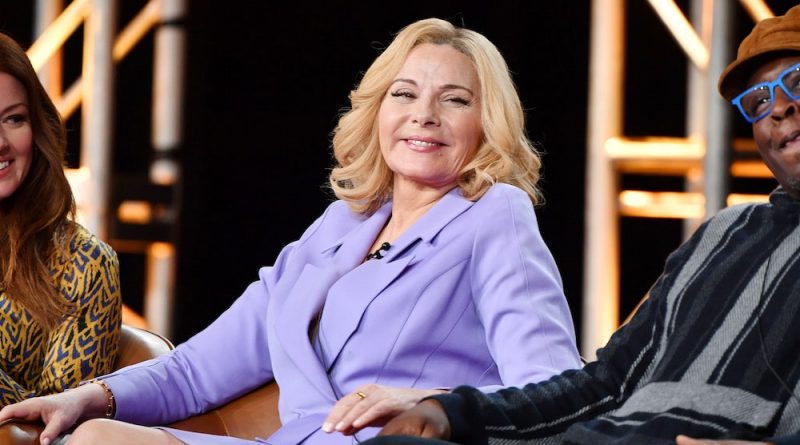 Sex and the City icon Kim Cattrall will officially join the Queer as Folk reboot as a “martini-soaked” socialite in the crossover of the century.

While the original series followed a group of gay men living in Manchester, England, the reboot will explore the lives of a modern-day, diverse group of friends in New Orleans, Louisiana.

It follows a previous successful reboot set in Pittsburgh, Pennsylvania that ran from 2000 to 2005 and aired on Showtime.

This is the ONLY thing that matters. pic.twitter.com/Gquu8vfxND

wait they’re making another US Queer As Folk… with a recurring Kim Cattrall??!!?! i am SIMMERING with jealousy at everyone who’s written on that 🤩

Kim Cattrall has joined a long list of LGBT+ actors who have already been cast in the Queer as Folk reboot.

Non-binary actor Jesse James Keitel will play “a trans, somewhat reformed party girl who is struggling to grow up”, while Johnny Sibilly will star as a successful lawyer who is not as put together as he seems.

Fin Argus will play a cocky high schooler whose confidence belies his lack of real-world experience, Candace Grace will portray a non-binary professor navigating the rocky transition from punk to parenthood and Devin Way will appear as a charming and sometimes chaotic commitment-phobe.

The eight-episode series, written and directed by Stephen Dunn and executive produced by Russell T Davies, who created the original British series, will see the characters’ lives transformed in the wake of a tragedy which has not yet been revealed.

Dunn in a statement when the series was announced earlier this year: “It is a surreal honour to adapt the notoriously groundbreaking series by Russell T Davies.

“When the show originally aired, the idea of unapologetic queer stories on TV was so provocative that I felt I could only watch Queer as Folk in secret.

“But so much has changed in the last 20 years and how wonderful would it be if the next generation didn’t have to watch Queer as Folkalone in their dank basements with the sound muted, but with their family and friends and the volume cranked all the way to the max.”