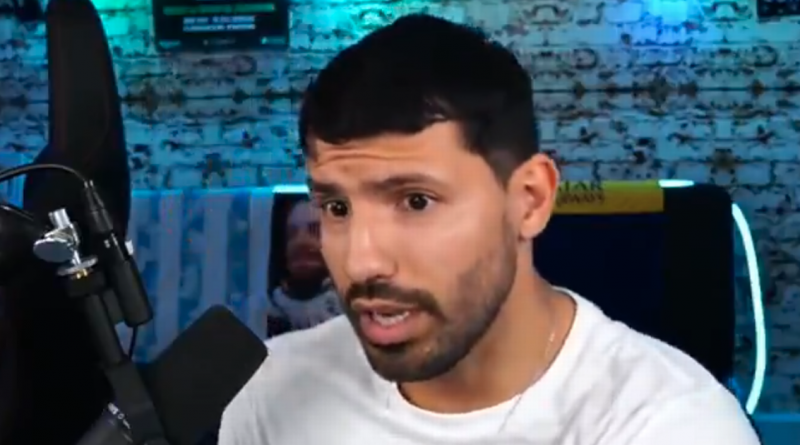 
Lionel Messi’s move to Paris Saint-Germain opened up the No. 10 shirt for a new occupant – and Sergio Aguero was reportedly among the Barcelona players offered the iconic jersey

Sergio Aguero turned down the chance to wear the famous No. 10 jersey at Barcelona due to his respect for club legend and close friend Lionel Messi.

Aguero, 33, joined Barca on a free transfer this summer after his contract at Manchester City expired.

The striker arrived in Catalonia hoping to line up alongside Messi at club level for the first time after decades representing Argentina together.

But Barcelona’s financial chaos meant Messi was unable to sign a new contract at Camp Nou and he subsequently moved to Paris Saint-Germain.

This opened up the No. 10 shirt for a new occupant, with Aguero and Philippe Coutinho among the Blaugrana players reportedly offered Messi’s old number.

Aguero has been handed the No. 19 shirt at Barcelona

But 18-year-old sensation Ansu Fati is the star who has been entrusted with the jersey, as Aguero took No. 19 “out of respect” for his compatriot.

Explaining his decision, Aguero told Twitch streamer Ibai Llanos: “Refusing to wear the number 10 shirt at Barcelona? It wasn’t that I didn’t want to, but it was out of respect for Messi.”

Messi, meanwhile, was offered the No. 10 shirt at PSG by Neymar, but opted to wear 30 – his first number at Barcelona.

The La Liga club announced Fati would inherit Messi’s old jersey at the start of September with a statement which read: “Ansu Fati has a new shirt number.

“After wearing the No 22 then No 17, the young Barca striker will proudly wear the number 10 shirt – a famous jersey previously worn by legends such as Leo Messi, Ronaldinho and Rivaldo.

“Despite being just 18 years of age and still recovering from injury, Ansu Fati forms part of Barca’s history as a record breaker and also with the Spanish national side.

Is Ansu Fati the right man to inherit Lionel Messi’s No. 10 shirt at Barcelona? Comment below.

“Since his debut in August 2019, the youngster has set records in the league and Champions League.

“Just six days after his debut for the first team he became the youngest ever player to score in the league for FC Barcelona. He is a record breaker who will now wear the magical No 10 shirt.”

The teenager is yet to make his return to competitive action after sustaining a serious knee injury last November, but he returned to training in August.

Fati – who features predominantly on the left wing – is in contention to feature against Granada on 20 September, according to reports in Spain.

Barca boss Ronald Koeman is loath to throw him back into the fray too soon, so he is likely to be limited to an appearance off the bench, should he be named in the matchday squad.