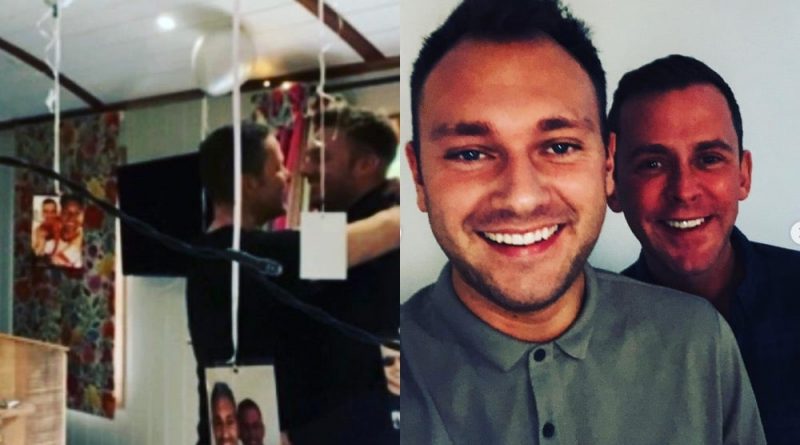 Scott Mills is engaged to his partner of four years. (Instagram)

BBC Radio 1 DJ Scott Mills has announced that he is engaged to his boyfriend of four years, Sam Vaughan.

The Official Chart Show host took to Instagram late Monday (October 25), to share the joyous news with his followers.

In a lengthy post he wrote: “I always said I didn’t think I would ever get married. But then I met you Sam.

“You make me laugh every single day, you support me in so many ways and I adore everything about you. As soon as I met you I knew this could be something special and it is (after a slow start).”

The couple can be seen embracing in the photos, standing in a room filled with balloons holding up photographs of their life together.

A host of the couple’s famous friends expressed their happiness at the news, including It’s A Sin star Olly Alexander and singers Becky Hill and Maisie Peters.

Vaughan previously also worked as a radio presenter for Cardiff-based Nation Radio where he now works as a brand manager.

Mills famously came out on air on Radio 1 in 2001 in what was considered by some to be a brave move at the time, given the station’s audience of young teenagers and their conservative parents.

“I’m certainly not going to turn into some gay ambassador all of a sudden, because that’s not me. I’m not a campaigner.”

In the decades since revealing his sexuality to listeners, Mills has often used his profile to shine a line on worthy LGBT+ causes.

In 2011, he made a documentary with BBC Three titled The World’s Worst Place to Be Gay, which explored the reality of life as a gay person in Uganda in anticipation of a bill which would have seen the death penalty introduced as punishment for homosexual acts (the bill was ruled unconstitutional by a court in 2014).

In 2017, Mills was investigated by Ofcom over jokes he made on air about women from Essex. The watchdog later found the show did not breach broadcasting rules.