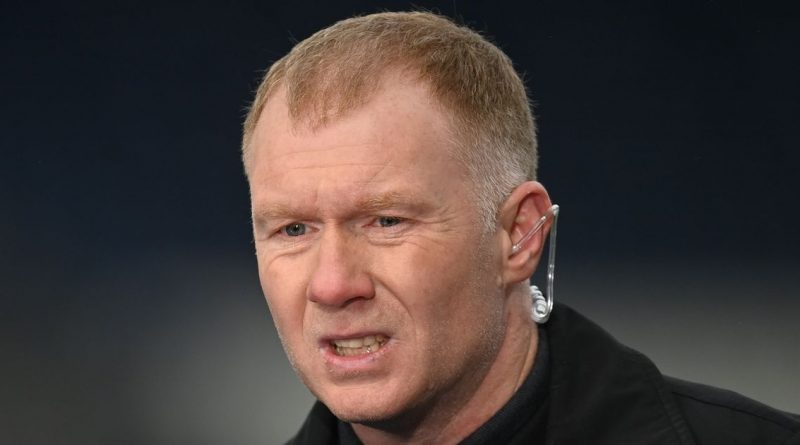 Manchester United legend Paul Scholes has urged the club to give manager Ole Gunnar Solskjaer until the end of the season to turn their fortunes around.

The Old Trafford club have made a stuttering start to the season, winning just two of their last six games in all competitions.

Speaking on The Overlap podcast, Scholes said: “I think Ole deserves a chance, you think of the last three to four years where United have been, it was shocking before he came.

“It’s taken two to three years to build a squad where we think the pieces are there to the puzzle, it’s just getting them into the right organisation now.

“But I think he should be given at least a season to show he can win trophies.

“You go back to the Europa League final against Villarreal he couldn’t make a sub, his bench was just not good enough. Now I think he could make five or six subs in a game.”

Man Utd have invested significantly in the squad since their defeat to Villarreal, signing defender Raphael Varane, winger Jadon Sancho and Cristiano Ronaldo.

Fans are expecting Solskjaer to deliver a trophy this season after a busy summer but they have failed to beat Young Boys, Aston Villa and Everton in recent weeks.

And the Red Devils have a difficult run of fixtures coming up, facing Leicester, Liverpool, Tottenham, Manchester City and Atalanta twice in their next six games.

Scholes has urged Solskjaer to play his strongest team in the coming weeks and put pressure on their Premier League title rivals.

He added: “If you look at the Everton game, I don’t think Manchester United are in a position to rest players, they have to play the best team right from the off.

“Look at City now, they can get away with it, but for this season for Ole you have to feel them coming, you felt City and Liverpool coming [in the past].”

Although he wants Man Utd to challenge the likes of Man City, Liverpool and Chelsea, Scholes does not think his former club are ready to be crowned champions.

Do you think Manchester United can win the title this season? Have your say in the comments below

He continued : “I think it’s between Liverpool and Manchester City, I do think there is three great teams [including Chelsea].

“I think United have not fallen away, but it’s very early.

“I just think City and Liverpool, watching that game [between the two sides] the quality was just so high, I just can’t see any other team getting close to them.”