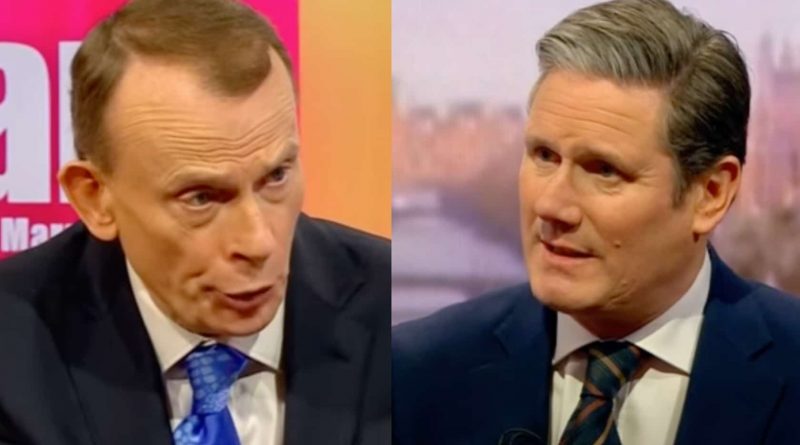 Labour MP Emily Thornberry has expertly demonstrated how the question “do only women have a cervix” should be answered without feeding into a toxic debate.

The reductive question has become the centre of political discussion since Labour leader Keir Starmer said it’s “not right” to say only women have a cervix during an interview with Andrew Marr.

That question was put to him in relation to a tweet posted by Labour MP Rosie Duffield in August 2020, where she claimed only women have cervixes. Following Starmer’s interview, health secretary Sajid Javid wrongly suggested that Duffield’s initial statement was a “scientific fact”.

Instead of discussing any of the real issues facing trans, non-binary and intersex people – such as the ongoing healthcare crisis – journalists have instead rushed to add fuel to the fire.

The debate was raised during an interview with Emily Thornberry on Politics Live – and she responded in the best possible way.

Thornberry told the hosts that claiming only women have a cervix is “factually inaccurate”, adding: “There are men who have cervixes – there are men who are trans and they’re men. It’s just factually wrong.”

She has won praise from many trans and non-binary people for answering the question in a clear, evidence-based way that avoided feeding into a toxic debate.

However, some have pointed out that the question itself is part of a transphobic culture that encourages sweeping statements and problematic views.

PinkNews spoke to trans and non-binary people to find out how politicians can answer reductive questions about cervixes in a way that avoids feeding into toxic debates.

Questions about who has a cervix ‘isn’t journalism, it’s theatre’

Arthur Webber told PinkNews that Keir Starmer should have answered Marr’s questions about who has a cervix in exactly the way Thornberry approached it.

“He should have answered it how Emily Thornberry did on Politics Live,” Webber said. “Straight to the point, factual, and no waffling that could confuse anyone that isn’t an expert on the issue.”

Freddy McConnell criticised Marr’s line of questioning in his interview with Starmer on Sunday morning (26 September).

“Andrew Marr is old and experienced enough to understand what ‘transphobia’ is and why people use the word, i.e. to highlight a specific kind of bigotry,” McConnell said.

“He can look at statistics and listen to the concerns of highly-qualified health and social policy experts. Asking Starmer this deliberately obtuse question isn’t journalism, it’s theatre.”

He told PinkNews: “We absolutely do not need to be asking whether ‘only women have cervixes’ because it is empirically evident that many trans men and non-binary people have cervixes and our identities and basic rights have long been enshrined in law.

“There’s no constructive way to give oxygen to this line of questioning. Instead, Marr should be asking this government and this opposition how they propose to properly fund the NHS, including trans healthcare, and bring our LGBT equalities laws up to date and inline with international democratic norms.

“These are not radical ideas. They should be basic starting points.”

“There is an ongoing and growing health care crisis in this country for trans people, with people waiting many years for a single appointment, and even longer to get hormones and surgery,” Fisher told PinkNews.

“For many months now, all genital surgeries for trans men and non-binary people have been put on hold, including my own, leaving many waiting way longer than anticipated, and others waiting in between stages of their surgeries.

“This has an incredibly negative impact on trans people’s mental health and physical well-being. Personally, I’ve been waiting eight plus years for lower surgery and it’s had a negative impact on me causing dysphoria. I feel like I’m still waiting to live a full life.”

They added: “It’s incredibly disrespectful and embarrassing for the health secretary to be so facetious about this issue, as it’s very descriptive of the apparent lack of urgency to fix this crisis from the government.”

Meanwhile, many people took to social media to point out that the debate about who has a cervix is damaging to trans and non-binary people – but it’s also problematic for cis women and intersex people who might not have cervixes.

This literally made me cry.

I had a radical hysterectomy & had my cervix removed plus reconstructive surgery, so since January 20th 2016, what am I ? No one told me this meant I was no longer a woman. Body parts alone don’t equal gender. #iamawoman

I am a non-binary person, not a woman. Yes, I have a cervix. Yes, I’ve had a smear test. Yes, it was unpleasant. Yes, I think the nurse should have at least offered to buy me a drink before putting anything up there. Yes, I would encourage all people with a cervix to have one too

Most women have a cervix and most people with a cervix are women, but the people excluded by that ‘most’ are often significantly harmed by the lack of inclusive provision.

It’s important to focus on what one needs, rather than what was estimated they needed when they were born.

We have a serious and dangerous trans-related health care crisis in this country, with people having to wait years for a single appointment to a Gender Identity Clinic – and all politicans can argue about is who does or does not have a cervix? Please, get it together.

Some Trans men have a cervix

Some Non-binary people have a cervix

Some Gender Diverse people have a cervix

Ignoring them can be dangerous to their health

Spent lunch affirming my gender at my boxing gym – a haven where conversations that reduce gender experience to whether or not I have a #cervix don’t happen. The past 24 hrs of national political conversation have blown my non-binary mind. It’s time to platform #trans voices. pic.twitter.com/zHBDrGRXfv

I mean for one thing, the plural of ‘cervix’ is ‘cervices’, and for another thing, some trans men have cervices, and some intersex people too, and some cis women don’t have cervices. Defining women by reproductive organs is so 19th century. pic.twitter.com/YVAdP78uSW