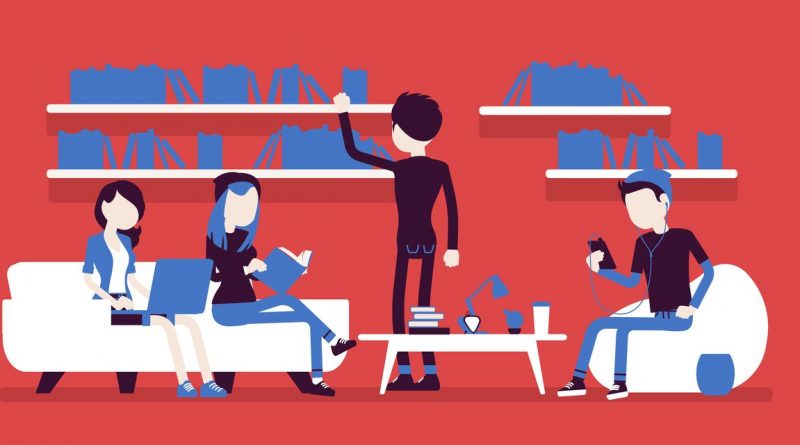 For many, college is one of the best times of a person’s life — but it can also be extremely expensive, and that bill could last a lifetime.

If you expect to be footing at least part of the cost, education planning is crucial to reducing or avoiding the hard hit to your wallet when the tuition bill comes. A 529 plan is one smart way to save, invest and pay for those expenses in a tax-advantageous way.

This is what you need to know — and the pitfalls to avoid.

There are two major types of 529 plans, both of which are offered by state governments: a prepaid plan, where the investor picks a specific school before funding the account (and the money can only be used for that school later on), and an education savings plan, where money is invested immediately and there are few limits on what school is eventually chosen.

The pros and cons of prepaying college tuition

Prepaid plans can sound like a great idea if you’re worried about ever-rising tuition bills. But fewer and fewer states still offer them, and the plans that survive are very restrictive. Admission to that school isn’t guaranteed, of course, and if a student opts to study elsewhere, the person who set up the plan can lose money. Any earnings that are distributed for non-qualified reasons, like those not put toward tuition, are taxed and incur a 10% penalty.

Yes, account holders can roll a prepaid 529 plan into a regular 529 account, in which case the contributions and earnings would move over. But there might be a penalty or administrative fees for this transaction; it depends on the prepaid plan’s contract.

Keep in mind though: Only nine states offer prepaid 529 plans as of now, and the beneficiary is restricted to using the money for tuition at an in-state college. Basically, read the fine print.

But beware: these plans don’t automatically cover room and board. The University of Florida, for example, estimates that incoming freshmen in the 2021-2022 academic year will spend $5,800 on housing and $4,600 on food — far more combined than the $6,380 charged for in-state tuition. Books and supplies, also not covered by the prepaid plan, are estimated at another $810.

If that Florida parent wants to prepay dorm costs, though, that’s an option. The parent of the infant would pay $50 more a month, while the fifth grader’s parent would pay an additional $89 per month.

For most people, the default option is the educational savings plan. Anyone can set up an account to help a future student cover education costs in any state, so you don’t have to open a 529 plan in Connecticut if you’re hoping your child or grandchild goes to Yale University or in California if you’re expecting admission from UCLA. But the tax benefits vary depending on where the account owner, not the eventual student, lives.

Unlike with a prepaid plan, this money can be used to cover room and board as well as tuition.

Because these plans are offered by state governments, rules surrounding any tax breaks vary. For example, in some states, taxpayers can deduct 529 plan contributions when filing state income taxes — or even get a tax credit. But there may be limitations, such as using the state’s 529 plan or a cap on what’s deductible. There are no tax deductions on the federal level.

Regardless of the 529 plan you pick, the money grows tax-free. Plans offer a variety of investment options, generally different combinations of stocks and bonds, allowing the account owner to decide just how much risk to take on. The earlier you start, the more you can let time do some of the heavy lifting to increase the value of the account, a concept known as compounding.

Read: College net-price calculators can be wildly off — these 3 simple changes would make them more accurate

What if my child doesn’t go to college?

You can now use the money to pay for registered apprenticeship programs.

In addition to college, up to $10,000 per year can be spent at qualifying elementary and secondary schools, regardless of whether the school is public, private or religious.

Finally, if the account beneficiary decides not to go to college or doesn’t use all of the assets in the account, the account owner can pick another beneficiary (even themselves) at no penalty. Up to $10,000 can be used for student-loan repayments, but that’s a lifetime limit.

We moved to another state. Can I consolidate 529 plans?

About half of states allow deductions for rollovers into their plans, according to the site Saving For College. There may be state taxes or penalty fees tacked on to rollovers, so do your due diligence before attempting this move.

But you might not want to consolidate 529 plans even if you do have the opportunity.

Beneficiaries are allowed to have multiple 529 plans in a state, but the account balances are added cumulatively and cannot exceed a state’s maximum balance limit (in most cases, between $300,000 and $500,000, according to Merrill). Have accounts in different states, however, and that rule doesn’t apply.

For example, a child’s mother and grandfather open separate 529 plans for the child in New York. Together, the balance must not be more than $520,000. If the two adults lived and opened these accounts in different states – say, one in New York and one in Pennsylvania – they could surpass New York’s $520,000 limit. Here are the aggregate limits across the U.S.

Read: Many parents are feeling the pain of borrowing for their kids’ college

Plus: New student-loan forgiveness guidelines explained: a step-by-step guide to taking advantage of the PSLF waiver

Don’t forget this bit of paperwork

When opening an account, applicants may be asked to name a “successor owner.” That person will become the new owner of the account following the death of the current owner. This decision is critical — the right owner will manage the plan, including the responsibilities of funding it, checking on its investments periodically and withdrawing from the account appropriately. This decision also helps when settling the original owner’s estate.

Some plans may have rules for determining the next owner, while in other scenarios, the plan may have to go through probate, opening the family up to potential legal battles and extra fees.

Can I contribute to a 529 account set up by someone else?

In some cases, giving money to a child’s 529 plan is as easy as sharing a link online. Ugift, which works with financial institution Ascensus, is an online service that allows families and friends to transfer money directly to an individual’s 529 plan without any fees, so that they can gift a 529 contribution for birthdays, holidays or just because. The gifter could also be eligible for a state tax break, depending on that state’s rules.

Going beyond any tax breaks, individuals — the parent, grandparent or someone else — can contribute $15,000 annually without triggering the need to file a gift tax return, or $75,000 if they choose to “superfund” it, meaning they made five years’ worth of contributions up front. This approach can be used in estate planning and reducing eventual estate taxes.

More from MarketWatch’s How to Invest series:

Should I use a 401(k) or an IRA to save for retirement? A traditional account or the Roth version? Here’s what to know

How do I tell if this ESG fund is legit or is just greenwashing?