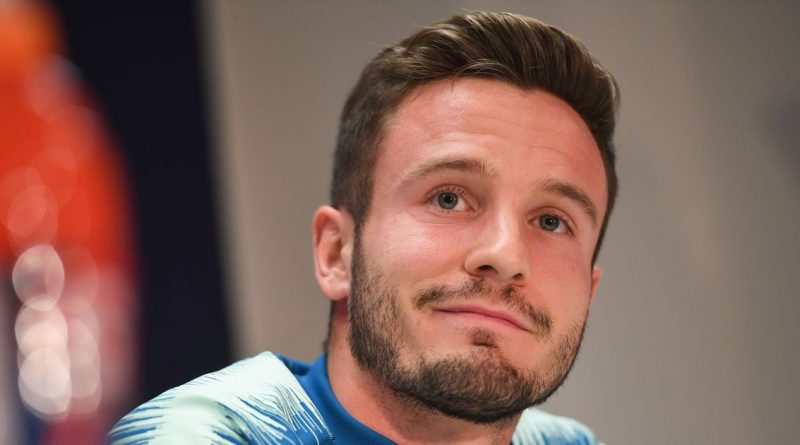 After a summer of speculation touting him with a move to just about every ‘big-six’ Premier League club, Saúl Niguez finally put pen to paper on a loan deal with Thomas Tuchel’sChelsea.

Despite the fact he has proved to be an integral part of an Atletico side that won La Liga last term, Diego Simeone clearly deemed Saul surplus to requirements and allowed him to make the move to West London.

But in a deal that ran dangerously close to the transfer deadline, Saul has revealed how he feared he would miss out on the switch to Chelsea full stop, fearing a repeat of the situation Manchester United shot-stopper David de Gea found himself in 2015 when a fax machine prevented his dream move to Real Madrid at the last minute.

The 26-year-old explained: “At 11:57 p.m. we finished reviewing the contract and they had to see it there…I was like De Gea. I thought: ‘This is not going to come in and that’s it.’ It has been a long afternoon and night.

“My wife was very nervous, we have had some very complicated days, because this decision is not easy. Leaving my house on a new adventure is complicated.

“Chelsea has promised me to train in my position, to play we will see. To return to certain customs that I do not do now, that is the most important reason for my decision.”

Saúl conceded that the level of competition for places at Chelsea is high, the likes of Ngolo Kante, Mateo Kovacic and recently crowned UEFA Men’s player of the year Jorginho all vying for similar positions.

However, he is confident he can force his way into Tuchel’s plans, explaining: “The three midfielders who are playing are at a high level, it will not be easy to play, but if I put my mind to it and fight it, I can get it.

“I’ll give it a try and see what happens. Give it my all and help Chelsea so that he [Tuchel] can see the Saúl I want to show. Not just a versatile player. They promised me that I would play in my position. It was very important.”

Where will Chelsea finish this season? Have your say here.

Saúl went on to reveal his regrets over his final game for Atleti, explaining how different it would have been had he known it was his last outing for the club this season.

“Yesterday I was staying. I’m sorry not to say goodbye to the fans. If I had known that Sunday was my last game I would have approached the fans at the end.

“From the beginning of the summer I found out that the club wanted me to leave. It was hard.”