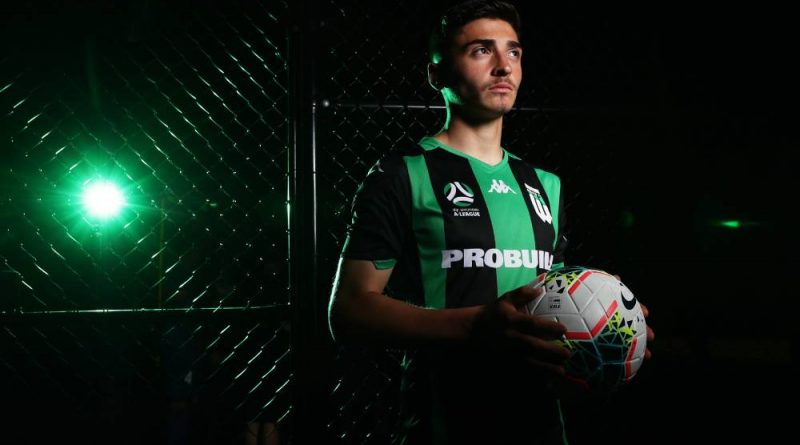 Newcastle United sent a message of support to gay footballer Josh Cavallo. Fans pointed out the “hypocrisy” given the club is now majority owned by a Saudi Arabia-led group.(Getty/Matt King)

Fans have criticised Newcastle United for not seeing the “hypocrisy” in its support for Josh Cavallo after the club’s takeover by Saudi Arabia.

Earlier this month, Newcastle United Football Club (NUFC) announced it had been taken over by a Saudi Arabia-backed fund, ending billionaire Mike Ashley’s ownership of the club. As a result, Saudi Arabia’s Public Investment Fund (PIF) – chaired by crown prince Mohammed bin Salman – now owns 80 per cent of the club, with the rest divided between RB Sports & Media and PCP Capital Partners.

Saudi Arabia has one of the worst LGBT+ rights records in the world. There has been strong backlash from fans, LGBT+ fan groups and human rights groups over the takeover.

This resurfaced once again after Newcastle United tweeted a message of support for Adelaide United’s Josh Cavallo, who came out publicly as gay in an emotional post on social media. The club called his coming out video a “powerful and inspirational message” before declaring “football is for everyone”.

“Newcastle United is right with you, Josh,” NUFC wrote.

A powerful and inspirational message.

Football is for everyone.

Newcastle United is right with you, Josh. 🖤🤍 https://t.co/0khCqiBNrV

The response has been lambasted online. Many fans pointed out the “hypocrisy” in the club’s message of support to Cavallo given that NUFC’s new owners, who are tied to the Saudi royal family, are part of a regime that oppresses the LGBT+ community in the country.

Not sure whether I’d rather they said nothing or did this.

The hypocrisy. But yet sure there are plenty of good people who aren’t the owners who really mean it.

Oh no no no, you don’t get to do this, NUFC. Not under your new ownership. pic.twitter.com/qPhR335Bgu

Lads, you might want to check your new owners’ stance on this. https://t.co/c5YuzCEKkN

The hypocrisy is strong in this one. I’m sure there’s lots of people at NUFC who do support this but when their owners would murder Josh it’s taking the piss. https://t.co/iDzsp3Jryv

The gall of these guys. May wish to have a check on these issues with your new owners lads. https://t.co/hcmkJ7rm6V pic.twitter.com/IlJE2JLsEg

Sacha Deshmukh, Amnesty International UK’s CEO, has claimed the deal to acquire Newcastle United was a “clear attempt by Saudi authorities to sportswash their human rights record with the flavour of top-flight football”.

After the deal went through, Deshmukh warned it was troubling that the Premier League “waved this deal through” as it raised a “host of deeply troubling questions about sportswashing, about human rights and sport and about the integrity of English football”.

Pride in Football, an alliance of LGBT+ fan groups, said in a statement it had “significant concerns” about the treatment of LGBT+ people in Saudi Arabia. It said the new ownership of Newcastle United had “close links to, and in some cases are, the same people who led the oppressive regime” in the country.

“The footballing authorities have serious and significant questions to answer in allowing owners and sponsors to use football clubs as commodities to ‘sportswash’ and ‘rainbow wash’ their treatment of LGBT+ people, women and other minorities,” Pride in Football said.

Our statement regarding Saudi Arabia’s takeover of Newcastle United. pic.twitter.com/tyN4lLLGyw

Homosexuality is strictly forbidden in Saudi Arabia, and LGBT+ people can face imprisonment, violent punishment or even the death penalty under the country’s harsh laws.

In 2019, two gay Saudi journalists sought asylum in Australia over fears they would be killed in their home country. The two men were being held in a detention centre upon arrival in Australia and were only released after a dedicated campaign by Australia’s LGBT+ community.