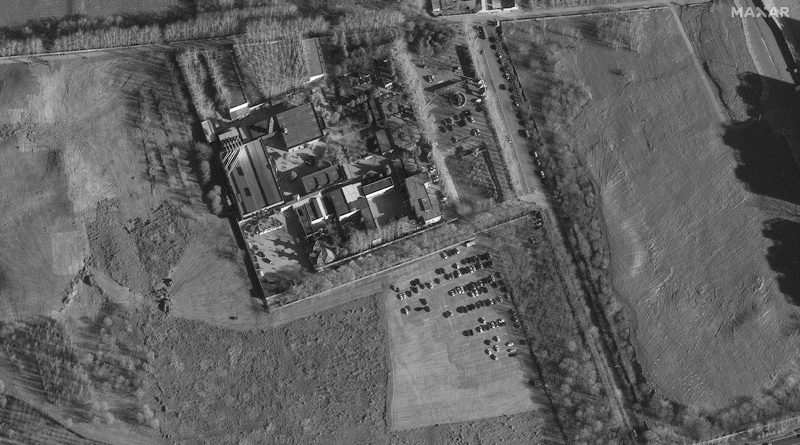 
Recent satellite images taken of funeral homes and crematoriums in several Chinese cities show a marked increase in activity, as COVID-19 cases surge throughout the country and as reliable numbers on the death toll have become hard to find.

In early December, following mass unrest, China shifted drastically from its harsh zero-COVID policy to a massive reopening. Experts had warned that an exit wave of cases could result in as many as a million casualties, due to apparent shortcomings in the population’s immunity against infectious variants. Official data records 37 COVID-19 related deaths between Dec. 7 to Jan. 8—though photos and videos of scenes at funeral homes and burials shared on social media have suggested the actual count is higher.

Since the beginning of the pandemic, Beijing has been accused of hiding its actual COVID-19 figures, especially as neighboring Hong Kong, which also pursued zero-COVID policies, recorded some 1.5% of adults aged 80 and up dying from the disease by the end of its fifth wave of infection. Hong Kong and mainland China similarly struggled in vaccinating its elderly population, and Hong Kong’s infections spiked in early 2022 after an outbreak of the Omicron variant.

While an uptick in overall deaths in the country during the winter season is not uncommon, more than 30 images obtained by TIME from space technology firm Maxar offer insights into the unique present situation through historical comparisons. An increase in foot traffic in crematoriums and funeral homes this winter can be seen, compared to snapshots from the same periods in prior years.

China—which once touted the world’s lowest COVID-related death toll, attributed by the Communist Party to the prolonged enforcement of testing, quarantines, and lockdowns under its “zero-COVID” approach—now faces criticism from the World Health Organization for allegedly underreporting the country’s current number of fatalities.

Jean-Pierre Cabestan, a China expert and professor emeritus at Hong Kong Baptist University, tells TIME that the satellite images “demonstrate that the number of deaths is much higher than what the authorities are saying.”

What do the satellite images show?

Snapshots of the Tongzhou District Funeral Home in the capital Beijing suggest the new creation of a parking lot by Dec. 24, 2022, where dozens of vehicles are pictured. The lot did not exist in a snapshot taken less than three weeks earlier.

In the eastern Jiangsu province, dozens of vehicles can be seen queued outside and parked beside the Nanjing Funeral Home complex, based on a Jan. 3 snapshot. The vehicles were not captured in a previous image taken on Nov. 9, 2022.

Roads around the Nanjing Funeral Home in Jiangsu province on Jan. 3, 2023.

Roads around the Nanjing Funeral Home in Jiangsu province on Nov. 9, 2022.

In Chengdu, in the province of Sichuan, satellite images show many vehicles, including white ones resembling the vans commonly used as hearses, surrounding the Donglin Funeral Home. A photo of the area taken a year earlier on Dec. 18, 2021, shows hardly any vehicles in the area.

Why is China not releasing figures?

China has not updated its daily COVID-19 reports for three days, an abrupt change in practice, casting doubts over the country’s transparency on the public health situation.

Senior Chinese health officials on Wednesday claimed it is too early for an accurate COVID-19 death and infection tally, according to state-run paper China Daily. China also only counts deaths from pneumonia and respiratory failure as COVID-related fatalities, while other governments use different metrics.

Wu Zunyou, chief epidemiologist at the Chinese Center for Disease Control, said the Center plans to release excess mortality data to allay concerns over the veracity of their statistics. There is no set date when this data will be available.

Cabestan, the emeritus professor, says the lack of credible information on China’s COVID-19 situation may damage people’s trust in authorities. “This whole blackout in terms of information is backfiring [on] the government,” he tells TIME.

But China is not likely to become transparent with figures anytime soon, as the government, Cabestan explains, likely believes keeping silent will protect its image and that, even as funeral homes see high demand, most citizens will focus on returning to normal life and will forget about policy hiccups.