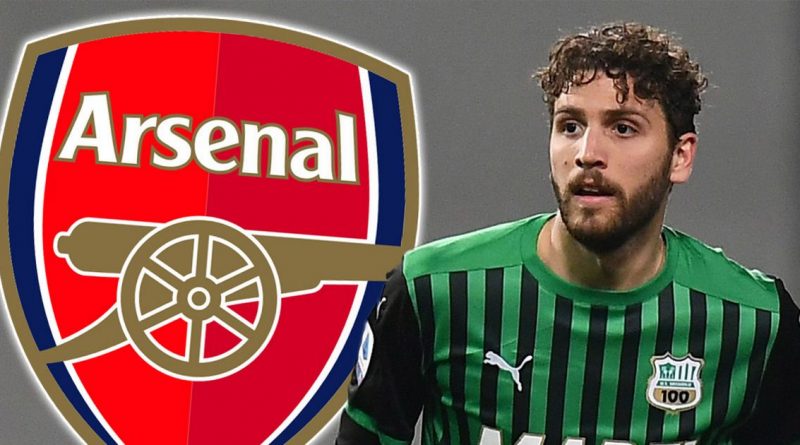 Sassuolo CEO Giovanni Carnevali has confirmed that Arsenal have tabled a bid for Manuel Locatelli, but the player’s preferred destination is Juventus.

The midfielder has attracted attention from various clubs around Europe following his impressive Euro 2020 campaign for Italy as Roberto Mancini’s men lifted the title.

Arsenal are one of the clubs tracking Locatelli as they look for reinforcements in the middle of the park this summer.

And Sassuolo chief Carnevali has revealed the Gunners have placed an offer for the Italian, but the Serie A club are set to open talks with Juve on Friday as Turin is the player’s favoured landing spot.

Arsenal have tabled a bid for Manuel Locatelli
(

Would Manuel Locatelli be a good signing for Arsenal? Comment below

An unnamed Premier League side has now also entered the race to sign Locatelli.

He told Sky Italia: “Tomorrow we’ll have a direct contact with Juventus for Locatelli. He wants to join Juve”.

“We’d be happy to sell Manuel (Locatelli) to Juve… but they need to pay the right fee.

“Arsenal made a bid to sign him and also a new English club is now in the race”.

Sassuolo also warned suitors they’re not going to part ways with Locatelli towards the end of the transfer window as they won’t have time to bring in a replacement.

In an interview with Gazzetta dello Sport, Carnevali said: “We’re waiting for the right bid for Locatelli… if it doesn’t arrive, he’ll stay here.

“We’re not going to sell our best players later in August.”


Genoa chief Giorgio Perinetti says Locatelli has rejected multiple bids from Arsenal as he tries to force a move to Juve.

Perinetti told Sky Sport 24 (via TuttoJuve): “Locatelli has repeatedly said no to Arsenal because he wants to go to Juve. And Juve itself knows that he prefers the Bianconeri.