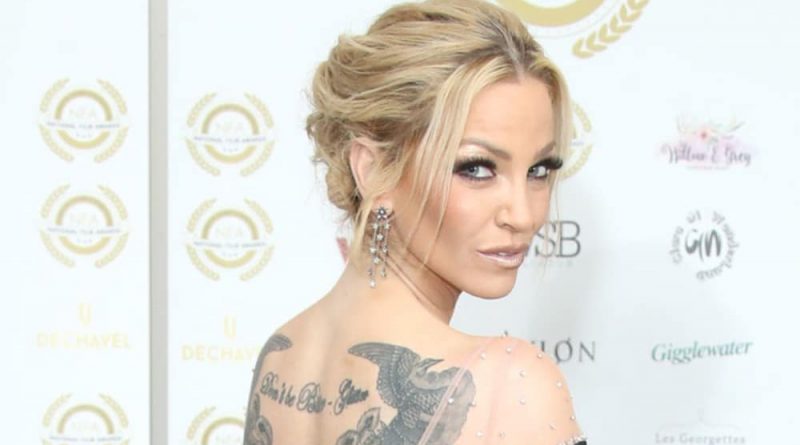 Sarah Harding joked that she wanted “FFS” – short for “for f**k’s sake” – engraved on her gravestone in the final months of her life.

The Girls Aloud singer tragically died on Sunday (5 September), aged 39, a year after announcing that she had been diagnosed with advanced-stage breast cancer.

But Sarah Harding didn’t rest on her laurels in the final year of her life. She released a memoir, titled Hear Me Out, which saw her reflect on her diagnosis and encourage others to get checked for breast cancer.

It was in that memoir that she reflected on her repeated use of the term “FFS” to describe her cancer diagnosis. Harding, who was well-known for her humour, also felt that it would make a perfect epitaph.

Writing in Hear Me Out, Harding said “FFS” had become her “most used phrase”.

“I keep thinking about funerals at the moment,” Harding wrote. “It might sound morbid, but it’s hard not to at this stage – cemeteries, plots, burials, what kind of send-off I’d like and how it would all go.

“I’ve also thought about an epitaph for my grave. I’m thinking ‘FFS’ might be a good one.

“It’s probably been my most used phrase throughout this, with one crappy event following another. ‘For F**k’s sake!’”

Sarah Harding’s death has prompted an outpouring of grief

The incredible excerpt has reemerged since Harding’s death was confirmed on Sunday by her mother Marie in a heart-wrenching Instagram post.

“It is with deep heartbreak that today I’m sharing the news that my beautiful daughter Sarah has sadly passed away,” Marie wrote.

“Many of you will know of Sarah’s battle with cancer and that she fought so strongly from her diagnosis until her last day.

“She slipped away peacefully this morning. I’d like to thank everyone for their kind support over the past year. It meant the world to Sarah and it gave her great strength and comfort to know she was loved.”

There was an outpouring of grief within the UK’s music industry as news of Harding’s death broke. Her Girls Aloud bandmates shared their love for the late singer in moving Instagram posts, while countless others who had the chance to work with her spoke of her infectious, sunny disposition.

Harding shot to fame on Popstars: The Rivals in 2002, which won her a spot in the girl band Girls Aloud. Over the next decade, the group consistently proved that they were more than just a reality television sensation – they released 21 UK Top 10 singles throughout their illustrious career.

After the group went their separate ways in 2013, Harding delved into acting, taking on roles in St Trinian’s 2: The Legend of Fritton’s Gold and Run For Your Wife. She went on to win Celebrity Big Brother in 2017.

In August 2020, Harding’s fans were left devastated when she revealed her cancer diagnosis. In her memoir, she tragically admitted that doctors had told her Christmas 2020 was probably set to be her last.

The singer wrote at the time that she didn’t want an “exact prognosis”, preferring to focus on living her life to its fullest in her final months.