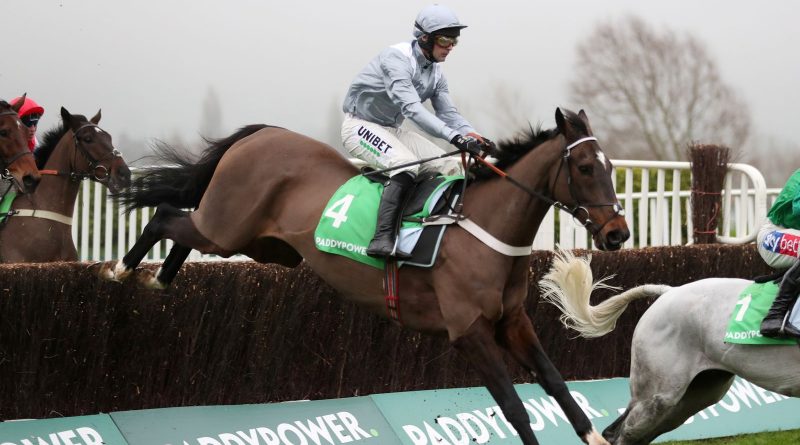 Santini appears to have earned himself a third tilt at the Boodles Cheltenham Gold Cup after bouncing back to form with an excellent effort in defeat at Prestbury Park on Saturday.

The 10-year-old was beaten just a neck into second by Al Boum Photo in the 2020 running of the blue riband, but subsequently lost his way for Nicky Henderson and was pulled up in last year’s renewal.

Owners Richard and Lizzie Kelvin-Hughes elected to send Santini to Polly Gundry last summer in the hope it would reinvigorate his career and the move appears to have had the desired effect.

Having shown up well before tiring on his return to action at Cheltenham in December, the Milan gelding gave a bold sight for a long way in Saturday’s Cotswold Chase and rallied on the run-in to give eventual winner and hot favourite Chantry House a real fight.

Gundry said: “He seems to have come out of it fine and hopefully we’ll go forward again.

“I was really pleased that he seemed to enjoy himself. Nick (Scholfield) got a great tune out of him and he’ll tighten up again. I’m pleased with the direction we’re going in.

“I think we’re keen to have a crack at the Gold Cup. Richard Kelvin-Hughes is very happy to do that and I can’t see another race that looks a sensible option.

“We entered him for the Stayers’ Hurdle, but I think we’ll probably scratch him out of that this week. He might have an entry in the Grand National, we’ll see.

“We did wonder about the cross-country race at Cheltenham, if there was a lack of interest on his part, but actually I think he’d like something a little bit more straightforward.”

On the prospect of saddling a runner in the Gold Cup, she added: “It’s amazing, but I don’t think about it much. It’s all about getting the horse right and healthy – that’s my job.

“There’s no point thinking about it too much as all it does is do your head in!”