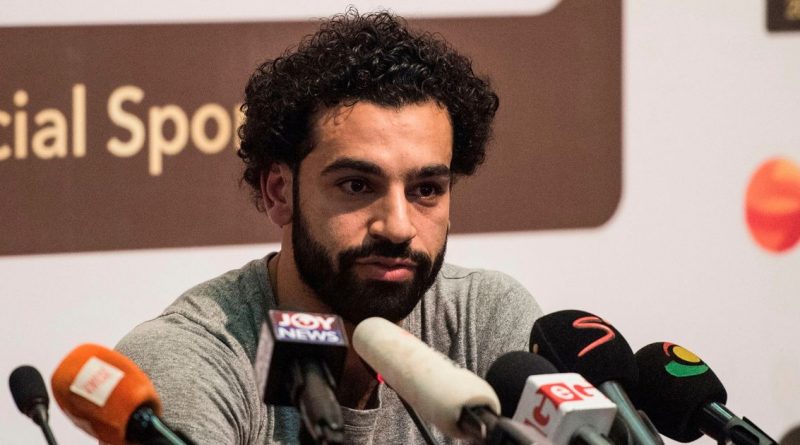 The 29-year-old’s current deal on Merseyside expires in the summer of 2023 but the Reds star says winning is keeping him happy amid transfer speculation.

Having scored six goals in seven Premier League games this season, Salah has emerged as Liverpool’s true talisman but that has not stopped talk of a potential exit due to the club not tying him down on fresh terms.

Fellow integral team-mates Alisson, Virgil van Dijk and Jordan Henderson have all recommitted to Liverpool since the summer but the Egyptian King of Anfield remains undecided on his future.

Salah has started the season on fire

Reports suggest the stumbling block is Salah’s wages, with claims that he is looking for £300,000-a-week-plus in order to have parity with some of the Premier League’s top earners.

The Reds’ policy is not to hand out big contracts to players over the age of 30 – Salah reaches that mark next summer – but pundits like club legend Jamie Carragher believes Liverpool should pay up.

For now, though, Salah is concentrating on ensuring Jurgen Klopp ‘s side keep pace with Chelsea and Manchester City at the top of the table, after an unbeaten start to the season.

Many of Salah’s team-mates have signed new deals
(

“I’m happy as long as the team keep winning,” Salah told liverpoolfc after picking up their Player of the Month award for September.

“I’m trying to help always, to score goals and make the team win games – that’s the most important [thing].

“We have to give our best always to win something and I think we have the quality for that.

“We have a top team, so we have to push ourselves to the limit and try to win something.

“I’m sure everybody thinks the same,” he continued.

“That’s what we need, just to keep in our head that we finish the season winning something.”

“I don’t think there’s anyone playing better in the world or in Europe at the moment,” the ex-Reds centre-back said Sky Sports .

“I know the situation Liverpool are in. They don’t have the finances of Manchester City when you think of the wages they give out.

“But right now, Salah is playing as well as anyone in European football.

“Liverpool cannot afford to let his contract situation drag on, with the threat they could lose him in the next two years,” Carragher affirmed.

Should Liverpool break their wage structure to keep Salah? Give us your verdict here.

“This is a guy who really looks after himself, and you can see that when he takes his top off when he scores a goal.

“I’m not saying he’s going to be like Cristiano Ronaldo when he’s 35 or 36, still topping the goalscoring charts, but I think this lad’s got a lot in him as he goes into his 30s.”

He added: “It’s imperative that at his peak he’s still scoring goals in the red shirt of Liverpool.”

Ahead of Salah and co’s trip to Watford in Saturday’s early kick-off, Klopp received a boost on Thursday with fellow forward Diogo Jota joining the squad for training.

That was despite being sent home early from international duty with Portugal on Tuesday as he was not deemed fit enough to play in their World Cup qualifier.