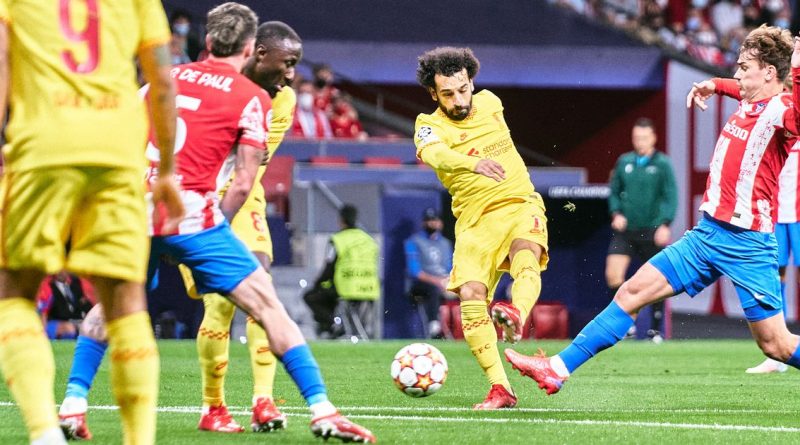 Mohamed Salah has become the first player in Liverpool history to score in nine successive games following his strike against Atletico Madrid.

The Egyptian has been in scintillating form this term and took just eight minutes to open the scoring in the Spanish capital.

His effort, which originally looked to come off James Milner, has been awarded to him by UEFA and allowed him to break more records in the process.

Salah has been prolific since joining Liverpool back in 2017, but seems to have gone to a different level this season.

His historic run began in late August when he scored from the spot in a 1-1 draw with Chelsea at Stamford Bridge.

The Egyptian has now scored in nine straight games

His strike against City at Anfield showcased his quality as he dribbled around a host of players before firing past Ederson.

The Egyptian then did similarly in the 5-0 rout of Watford at the weekend, with Sadio Mane picking out his favourite strike.

Jurgen Klopp has declared his player the world’s best on current form following his recent showing.

When quizzed by BT Sport he replied: “Top. Come on, we all see it, who’s better than him in this moment?

“That’s clear, there’s always this discussion and all these kinds of things.”

In Europe the 29-year-old has scored in Liverpool’s opening three Champions League games against AC Milan, Porto and now Atletico.

Salah has scored 11 times in as many games this term as he continues to seek a contract extension.

Mirror Football revealed that the Liverpool forward is seeking a huge pay rise at Anfield.

The Red has entered the final two years of his contract and Anfield chiefs have been urged to tie down their prized asset.

Jamie Carragher has discussed the difficulties his former side face financially, but made his feelings clear on the saga.

HAVE YOUR SAY! Should Liverpool break the bank to keep Mo Salah? Comment below

He said: “Liverpool cannot afford to let his contract situation drag on, with the threat they could lose him in the next two years.”

“I don’t think he will stay at Liverpool for the rest of his career,” he said on the Overlap.

“I think Salah’s got to experience Real Madrid, the Bernabeu – Real Madrid are going to come back, by the way,” Neville claimed.

“I know it’s not great at the moment at Barcelona and Madrid but Salah is similar to those I’ve just mentioned, I think he has to have that on his CV at the end of his career.”