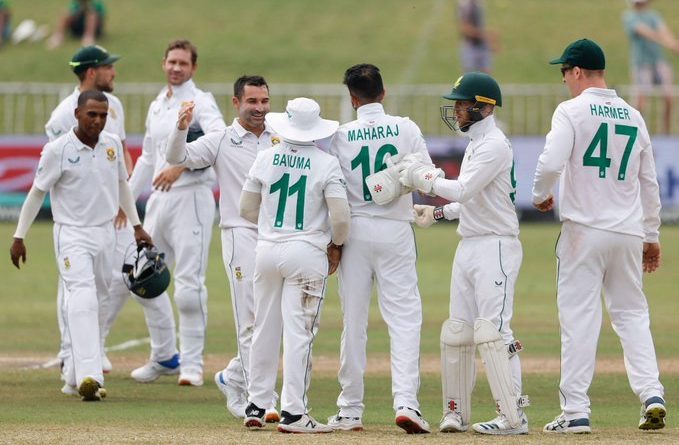 
Bangladesh pace bowler Khaled Ahmed has been fined 15 per cent of his match fee for breaching Level 1 of the ICC Code of Conduct during the second day of the second Test against South Africa at St George’s Park in Port Elizabeth.

SA vs BAN: Khaled Ahmed fined for throwing the ball at Kyle Verreynne

In addition to this, one demerit point has been added to the disciplinary record of Ahmed, for whom it was the first offence in a 24-month period, taking his cumulative demerit points to one.

The incident occurred in the 95th over of South Africa’s first innings on day two when Kyle Verreynne hit the ball back towards Ahmed. The bowler returned a threw it back towards Verreynne in an inappropriate and dangerous manner, hitting him on the right glove.

Ahmed admitted the offence and accepted the sanction proposed by Andy Pycroft, as such there was no need for a formal hearing. On-field umpires Marais Erasmus and Allahudien Paleker, third umpire Adrian Holdstock and fourth official Bongani Jele levelled the charges.

Level 1 breaches carry a minimum penalty of an official reprimand, a maximum penalty of 50 per cent of a player’s match fee, and one or two demerit points.

South Africa on Monday thrashed Bangladesh by 332 runs in. the second Test to wrap the two-match Test series 2-0 in just four days.

South African spinners Keshav Maharaj (7/40) and Simon Harmer(3/34) once again rattled the visitors on Day 4 of the second Test in the first session itself.

The Proteas won the first Test by 220 runs in a similar manner as the spinners dominated on the final day.