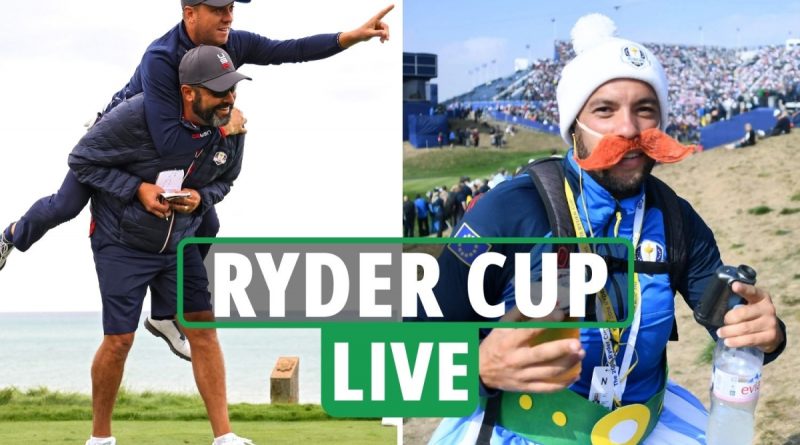 World No1 Jon Rahms promised to be a “leader” for Europe this weekend – but says his ego is not big enough to deliver “big speeches”.

But the Spaniard believes being the globe’s top-ranked player could have positive OR negative effects on his game against the USA in the Ryder Cup,

The 26-year-old said: “Am I expected to be one of the team leaders this week? What kind of a player would I say if I say no? Right.

“So yes, yes, I’m ready for that. It’s a challenge I look forward to.

“Obviously there’s a lot of players in our team that have a lot of experience and know how to get it done. I’m ready to add my name into that group.

“And being world No 1 can go two ways – either it brings pressure, or it lifts you. And in my case, it brings a bit of added confidence, in the sense that I know what I’m capable of.

“I also won my first Major this year, over a tough set-up at the US Open. So that gives me confidence too.

“But I’m not the type to deliver big speeches. We have plenty of players in the team that are vocal enough, and who have done this enough, to be the guys others will naturally gravitate towards for guidance.

“I’m not going to actively go and say, hey everyone, I’m a leader now, because I don’t have that massive of an ego. “