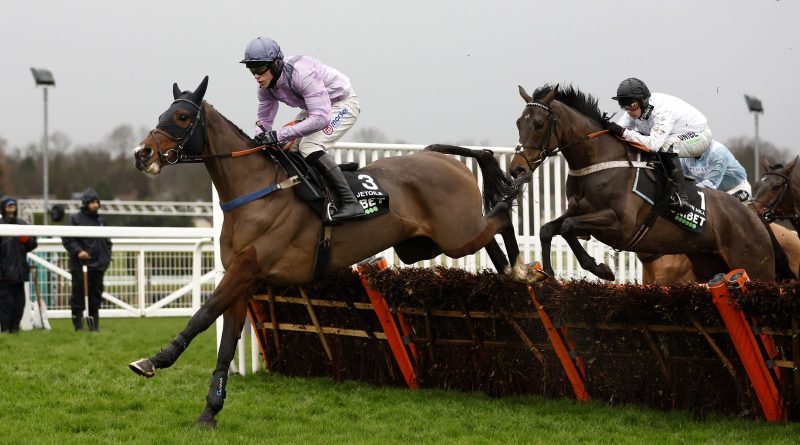 Ryan Potter is eyeing a tilt at the Betfair Hurdle with Jetoile after finishing best of the rest behind star novice Constitution Hill on Saturday.

Following low-key wins at Chepstow and Leicester, the seven-year-old became the trainer’s first Grade One runner in the Tolworth Hurdle at Sandown.

And while he was no match for Nicky Henderson’s runaway winner, who is now favourite for the Supreme Novices’ Hurdle at Cheltenham, Potter was proud of his stable star’s performance in defeat.

He said: “I was delighted with him. The winner is obviously a machine and our horse has run a blinder – I couldn’t be happier.

“It was a great day for the team. We always knew he was good enough to run at that level. We were just hoping Constitution Hill wasn’t as good as everyone said he was, but he definitely was!

“He came out of it absolutely fine. He didn’t actually have a hard race as once Lorcan (Williams, jockey) realised he wasn’t going to win, he’s only hit him once behind the saddle as he had second sewn up quite easily.

“I’m not sure for definite, but I’d imagine we’ll pop an entry in for the Betfair Hurdle at Newbury. Novices have a good record in it and we’re probably going to go up in the handicap, so we should get in off a low weight.

“He’ll probably have an entry for Cheltenham, but I’d imagine we’ll avoid that and wait for Aintree.”

Potter is already excited to see what Jetoile can achieve next term when he will have his attentions switched to the larger obstacles.

He added: “Whatever he does this season is a bonus – he’s a chaser in the making.

“Lorcan got off him on Saturday and said ‘this lad is going to be unbelievable when he goes chasing’ – that will be his game.

“We’re just trying to keep him one piece and keep him in the yard – hopefully nobody tries to buy him!”