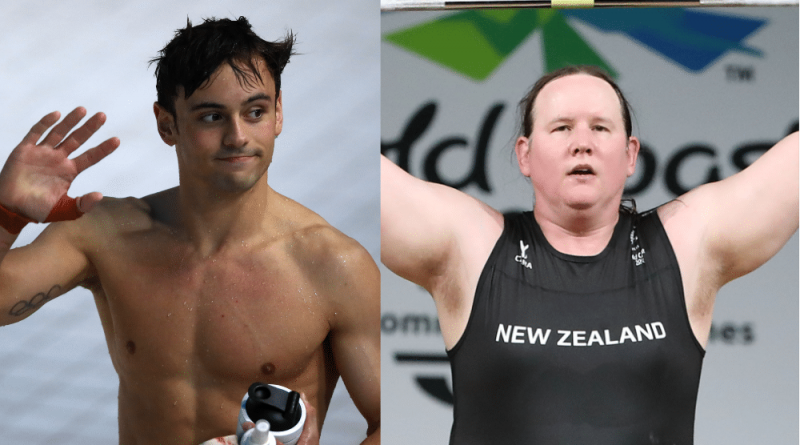 The International Olympic Committee has criticised Russia’s state-run TV channels for their vile homophobic and transphobic coverage of the Tokyo Olympic Games.

The record number of queer Olympians competing in Tokyo hasn’t gone unnoticed by Russian broadcasters, who are combatting the display of global LGBT+ pride with an upsurge in bigoted commentary.

The country’s many state-run channels have dedicated several talk shows to denigrating LGBT+ athletes, using words such as “abomination” and “perversion”, the BBC reports.

Rossiya 1, a state-owned channel favoured by Putin and his allies, is said to have particularly targeted the gay diver Tom Daley and trans weightlifter Laurel Hubbard.

The 60 Minutes programme on 26 July was especially rife with slurs, with one panellist, a member of the Russian parliament, saying he was “disgusted” by gay and trans people.

“We stand opposed to all this smut and perversion, strongly opposed. We stand against this abomination,” he shouted.

He argued that it was part of Western efforts to “implant their agenda of equal rights, additional rights for LGBT, transgender people and other perverts into the Olympic movement”.

‘Discrimination has absolutely no place at the Olympic Games,’ IOC says

In response, an International Olympic Committee (IOC) spokesman told the BBC they were contacting the official Russian broadcaster, one of the two channels in question, to express their concern.

“Discrimination has absolutely no place at the Olympic Games,” they said in a statement.

“We have been in contact with our contractual broadcasting partner in Russia in order to get clarity on the situation and to underline the fundamental principles of the Olympic Charter and we are following up accordingly.”

It also pointed to its own efforts in celebrating the diversity of its athletes, in particular its support for the Tokyo Games’ LGBT+ hospitality centre Pride House.

“We welcome that Tokyo 2020 has embedded diversity and inclusion in the Olympic Games model.”

Russia is officially banned from Tokyo 2020 after being found guilty of state-sponsored doping. However, more than 330 Russian athletes are competing as the Russian Olympic Committee (ROC), without the Russian flag or anthem.