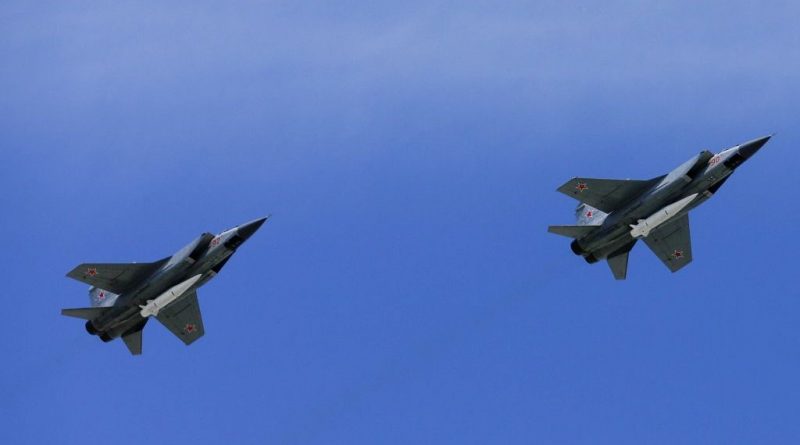 
MOSCOW — The Russian military said Thursday that it has deployed warplanes armed with state-of-the-art hypersonic missiles to the country’s Kaliningrad region, a move that comes amid soaring tensions with the West over Moscow’s action in Ukraine.

The ministry said the warplanes will be put on round-the-clock alert.

A video released by the Defense Ministry showed the fighters arriving at the base but not carrying the missiles, which were apparently delivered separately.

The deployment of Kinzhal missiles to Kaliningrad as Russia’s campaign in Ukraine nears the sixth-month mark appeared intended to showcase the Russian military’s capability to threaten NATO assets. The region borders NATO members Poland and Lithuania.

Read More: Where Russia’s War in Ukraine Stands—And What Could Happen Next

Moscow has strongly criticized the deliveries of Western weapons to Ukraine, accusing the U.S. and its allies of fueling the conflict.

The Russian military says the Kinzhal has a range of up to 2,000 kilometers (about 1,250 miles) and flies at 10 times the speed of sound, making it hard to intercept. Russia has used the weapon to strike several targets in Ukraine.

Kaliningrad’s location has put it in the forefront of Moscow’s efforts to counter what it described as NATO’s hostile policies. The Kremlin has methodically bolstered its military forces there, arming them with state-of-the-art weapons, including precision-guided Iskander missiles and an array of air defense systems.