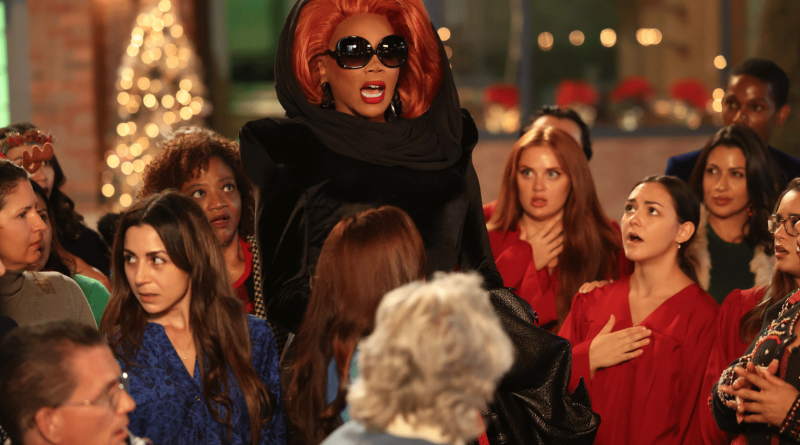 
RuPaul has announced that she’s giving all of the gays a very valuable gift this year, in the form of a drag queen-filled Christmas movie.

The Bitch Who Stole Christmas will assemble the biggest group of Drag Race stars in herstory – more than you can shake a tinsel-covered stick at, in fact. It’s pretty much just a festive edition of All Stars, featuring legendary queens Ginger Minj, Heidi N Closet, Kylie Sonique Love, Peppermint, Gottmik, Raven, Brook Lynn Heights and many more besides.

Frankly, it’s a surprise that it’s taken this long for Mama Ru to make a holiday film, given that there’s been an increasing market for them in recent years, from the excellent Happiest Season with Dan Levy and Kristen Stewart, to Hallmark’s schmaltzy The Christmas House: each December the yuletide season has been getting ever gayer.

The Bitch Who Stole Christmas focuses on a fashion journalist (Krysta Rodriguez) who is sent to a town where everyone’s obsessed with Christmas by her editor (RuPaul, of course) who tasks her with digging up a juicy story, but instead she ends up participating in the town’s winter ball competition. The category is: Christmas realness.

As well as a stellar array of queens, Drag Race judges Michelle Visage, Ross Matthews and Carson Kressley will also make an appearance. Will they all don sexy Mrs. Claus outfits and reenact the dance from Mean Girls? We’ll just have to wait and see.

Unsurprisingly, the announcement prompted a delighted and slightly hysterical response from Drag Race fans – and just fans of gay Christmas movies in general.

Me: I’m tired of drag race and RuPaul… it’s so overproduced and shady now.

Me whenever Me when I
I see RuPaul’s hear about the
side hustle drag Christmas
projects movie pic.twitter.com/y8LXvhEyUy

Producer Randy Barbato said: “There are 1,000 Christmas movies this year, but only one with drag queens. Christmas will never be the same.”

The Bitch Who Stole Christmas will premiere on 2 December on VH1 as part of its Naughty and Nice lineup.