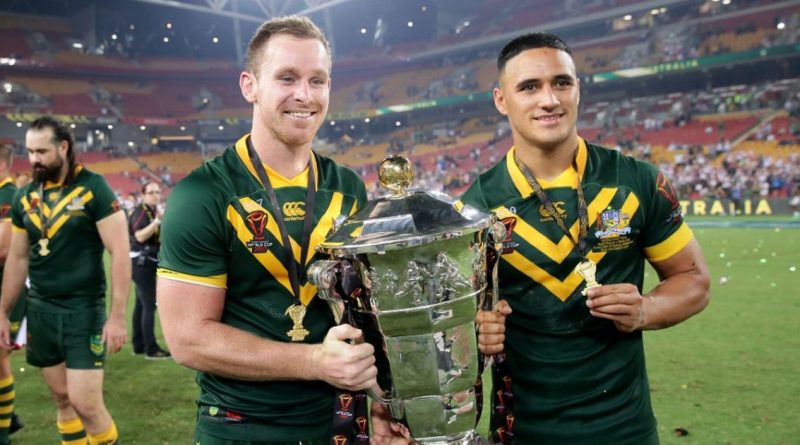 Australia and New Zealand pulled out despite extensive assurances over player safety, with World Cup bosses set to demand that the pair explain their decisions

World Cup bosses are tomorrow set to confirm that this year’s tournament has been postponed until 2022 – before demanding answers over Australia and New Zealand’s withdrawals.

A meeting will take place on Wednesday afternoon where the moving of the competition to next autumn is expected to be rubber-stamped, and organisers begin to work through the considerable logistics of delaying by 12 months.

That includes reconfirming the 21 venues across the men’s, women’s and wheelchair events, and details on broadcast agreements.

The BBC had committed to unprecedented coverage this year, and should the competition be played on the same dates in 2022, there would be a 10-day overlap with the football World Cup.

The switch has been made following Government consultation though, after extensive financial support was pledged to the competition, giving organisers valuable support.

With a significant commercial portfolio, and possibly losing the need to charter flights next year, the event remains on firm foundations. But there is still significant disappointment over the way Australia and New Zealand withdrew last month, the latter having signed their participation agreement.

World Cup bosses feel they provided solutions for every possible Covid-19 query, only to be rebuked without consultation. The possibility of inviting Australian Indigenous and New Zealand Maori teams was then explored, before a further blow came with the 16 NRL clubs issuing a joint statement outlining their opposition to the tournament taking place this year.

That put the strength of nations such as Tonga and Samoa in jeopardy, and the final nail in the coffin came when the NRL announced that their women’s season would move to October and November, preventing any of them from taking part.

The question of whether Australia and New Zealand will be sanctioned by the International Rugby League is now expected to be raised.

Domestically, the RFL could look to arrange matches for England this autumn, with Shaun Wane having taken charge of just one match – a defeat to the Combined Nations All Stars in June – since his appointment last year.

Super League clubs are also likely to explore the possibility of extending the current season, with a host of postponed matches due to Covid still to be rescheduled.

At present fourth-placed Wigan have played five more matches than Hull KR in seventh, with clubs needing to complete 18 games to qualify for the play-offs.