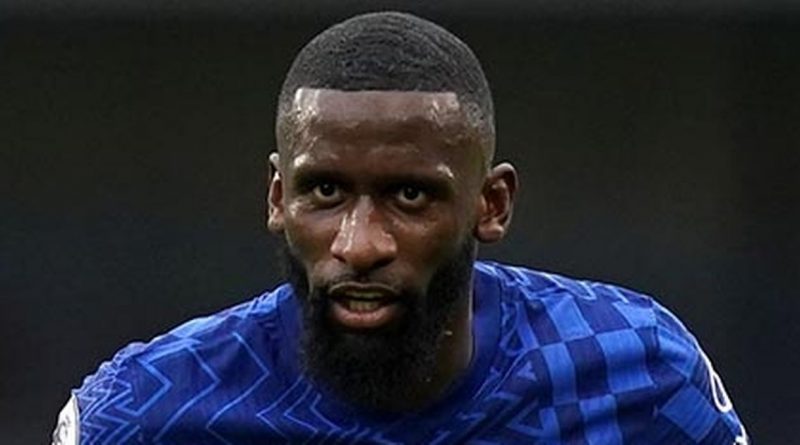 Chelsea boss Thomas Tuchel would have been delighted to see Thiago Silva and Antonio Rudiger back in training on Monday morning.

Both defenders missed the team’s 1-0 Premier League victory against Brentford on Saturday evening and their absence was felt, despite the clean sheet.

Trevoh Chalobah, 22, Andreas Christensen, 25, and Malang Sarr, 22, all performed admirably – but they had played just 83 Premier League games between them before.

And 79 of those fixtures belonged to Christensen, with Sarr making his English league debut against the Bees.

Discussing the trio’s performance, Gary Neville said: “I thought they did brilliantly.

“It was tough in the last 15 or 20 minutes, they got a little bit messed around by [Ivan] Toney and [Bryan] Mbeumo when Brentford got themselves going.

“But they did really really well, that was as tough a game as you can have as a centre back. I saw Arsenal‘s centre-backs here get absolutely messed about by those two.

“So for Chalobah and Sarr to come here today with a lot of expectation, I think they can be really proud tonight.”

Had it not been for Mendy’s antics, though, Chelsea’s position at the top of the Premier League table would’ve probably been relinquished.

The Brentford game suggests Chalobah, Christensen and Sarr are good enough but Tuchel cannot put too much pressure on them at this stage in their blossoming careers.

Chelsea need to keep hold of Rudiger, 28, and Silva, 37 – especially if they want to play three centre-backs – but that’s easier said than done.

Both players are out of contract in June and there’s a chance neither of them will stay at Stamford Bridge beyond the summer.

Silva’s age is a concern and both Bayern Munich and Juventus are reportedly interested in signing Rudiger on a free transfer.

Although it might not be the right decision to extend Silva’s existing deal, Chelsea must persuade Rudiger to commit his future to the club.

Thomas Tuchel could lose both Silva and Rudiger next summer
(

The Germany international has arguably been one of the best defenders in the Premier League since Tuchel was appointed in January.

Discussing Rudiger in September, Rio Ferdinand admitted: “I think he’s been the most commanding centre-back in the league.

“He’s been phenomenal. In terms of his absolute desire to win every ball, aggression…

“One of the main reasons for them going and winning the Champions League last season was because of him. Without him, I don’t think they’d have done it.”

Can Chelsea still win the Premier League without Antonio Rudiger and Thiago Silva this season? Let us know in the comments below

Rudiger and Silva are expected to be available for Chelsea’s European clash against Malmo on Wednesday evening – a game they should win.

The Swedish champions are yet to pick up a point or score a goal in this season’s Champions League, losing 3-0 to Juventus and 4-0 to Zenit Saint Petersburg.

Tuchel may not risk either player against Malmo but both will be crucial to Chelsea’s success this term – and it’s important their respective futures are resolved sooner rather than later.