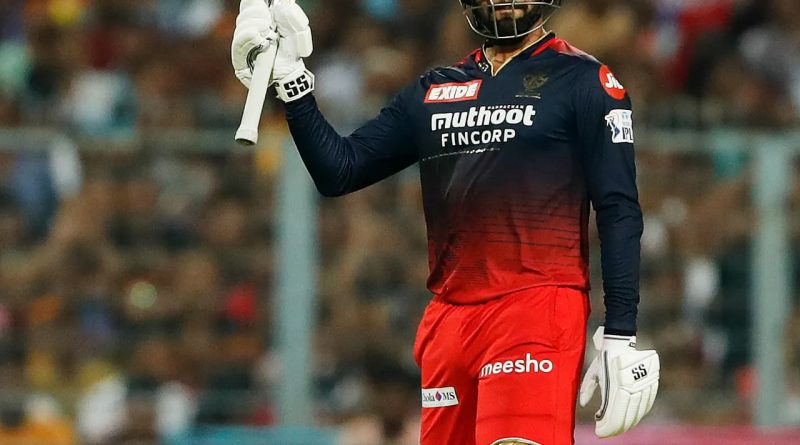 The 28-year-old becomes the first player to score a century in the Eliminator, helping RCB win by 14 runs at the Eden Gardens in Kolkata.

“Rajat’s innings were outstanding, in my opinion. One of those innings that will go on for a long period. We were in wonder as we watched him do his thing. Undoubtedly, some luck is involved, but this is how it does work. He was critical in getting that 200 on the board.”

Patidar has carved out the No.3 spot for himself after entering the tournament as an injury replacement for Luvith Sisodia.

Faf du Plessis will captain the RCB in a crucial match against RR:

Following the mega auction, the three-time finalists entered a new era led by Faf du Plessis. A potent start this season was ruined by a three-game winless skid in the middle. Due to their poor net run rate, RCB was reliant on the outcome of the match between the Mumbai Indians (MI) and the Delhi Capitals (DC) for a top-four spot.

RCB finished fourth in the table after spirited effectiveness in the Eliminator to advance to Qualifier 2, in which they will face the Rajasthan Royals. This is the closest RCB has come to reaching the tournament’s finals since finishing runners-up in 2016.

The Faf-led team will face RR in IPL 2022 Qualifier 2 on May 27. (Friday). The competition will be the first to be held at Ahmedabad’s Narendra Modi Stadium, which will also host the final.