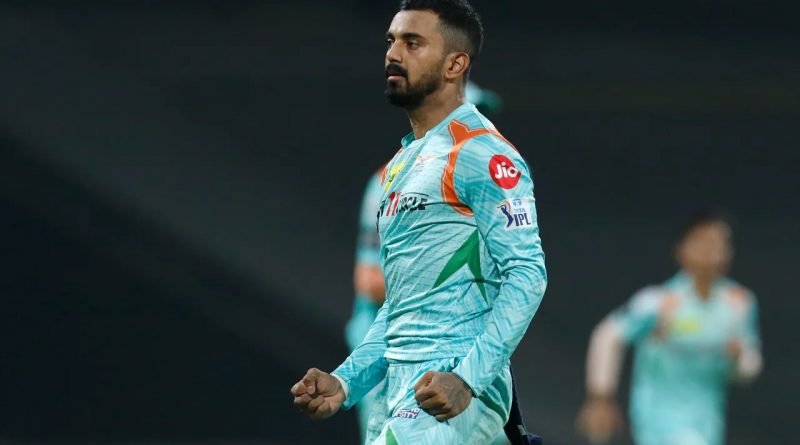 
Lucknow Super Giants (LSG) captain KL Rahul was happy with the way Marcus Stoinis batted in his first game albeit it went in vain as LSG lost the match to Rajasthan Royals (RR) by 3 runs on Sunday.

LSG was kept in the run chase of 166 courtesy of lower-order heroics but it fell short in the final stages. 14 runs were needed off the last over but Stoinis only managed to score 11 off Kuldeep Sen. Nevertheless, it was a good display of his power-hitting.

“I didn’t see it (the ball that got him from Boult), if I did I could have done something about it. Have to give it to him. Was a good ball. We have a good team and have enough options with bat and ball. Even when we were 20-odd for three, we knew we had a chance.”

“Obviously, today we needed one good partnership which we never got going. In the end, it was excellent from Stoinis to get it close, and to do it in his first game of the season will give him confidence,” Rahul said at the post-match presentation ceremony.

“One bad game won’t change things, will be a good learning for us” – KL Rahul

Rahul also asserted that it was an off-day for them but it won’t change how they have played so far. LSG has 3 wins and 2 losses in the five games played so far and is currently in fifth place behind RCB.

“It was always a plan (to hold Stoinis back), we know how dangerous he can be in the last five overs. As I said, we have a lot of all-rounders, so many options and so we could shuffle the batting order a bit. We like to be a bit unpredictable a bit. These kinds of totals can be a bit tricky at times, the plan was to throw the bowlers off their lengths a bit but didn’t happen.”

“But we’re a side that would continue to try being unpredictable in the coming games too. We couldn’t execute our plans at the end, the yorkers and other plans. If you miss your plans, batters these days will put you in trouble. We’ll try to work harder and handle the pressure better. One bad game won’t change things, will be good learning for us,” Rahul added.

Also Read – KKR Vs DC: Enjoyed Shreyas Iyer’s Wicket More Because It Was My First And Was The Main Wicket- Kuldeep Yadav