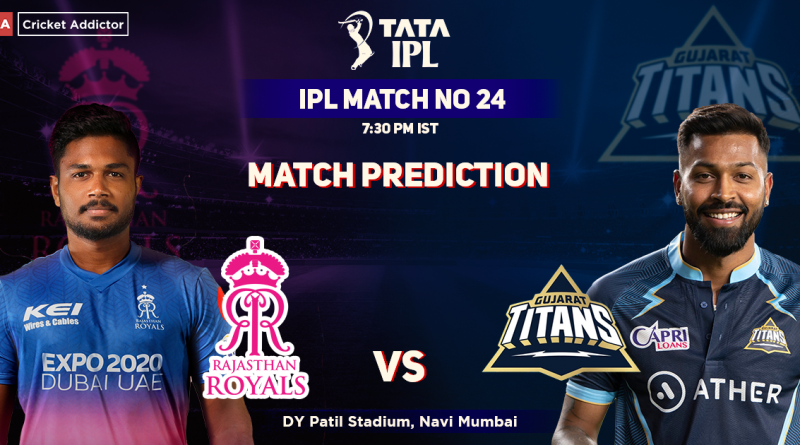 In their previous match, Rajasthan Royals defeated Lucknow Super Giants by 3 runs. Batting first in the match, RR posted 165-6 on the scoreboard. The top order could not score much. Shimron Hetmyer scored unbeaten 59 runs while Ravichandran Ashwin scored 28 runs.

For Lucknow Super Giants, KL Rahul and Krishnappa Gowtham got out for a duck. Later, Quinton de Kock slammed 39 runs while Deepak Hooda scored 25 runs. Marcus Stoinis slammed a quickfire of 38 runs off 17 balls but remained 3 runs short of victory in the end. LSG reached 162-8 in 20 overs.

Also Read: SRH vs GT: Should Not Say Hardik Pandya Is Not A Good Captain Since He Lost His Cool: Graeme Swann

Sunrisers Hyderabad openers Abhishek Sharma scored 42 while Kane Williamson hit 57 runs. Later, Nicholas Pooran slammed an unbeaten 34 to get the winning runs for the team. SRH reached the target in the final over and won the match by 8 wickets.

Also Read: Vs GT: ‘Being 7-10 Runs Short While Batting Made A Lot Of Difference In The End’- Hardik Pandya After GT’s First Loss In IPL 2022

Rajasthan Royals and Gujarat Titans will lock horns for the first-ever time in IPL 2022.

The team winning the toss might aim to bowl first. Since stadiums in Mumbai are more batting-friendly, chasing has been a good option for teams. Most of the teams have opted to bowl first in IPL 2022 so far due to the dew factor which helps the team batting in the 2nd innings.

Who will score the most runs for RR in the match: Jos Buttler or Shimron Hetmyer

Who will pick the most wickets for RR in the match: Yuzvendra Chahal or Trent Boult

Who will score the most runs for GT in the match: Shubman Gill or Hardik Pandya

Who will the pick most wickets for GT in the match: Rashid Khan or Mohammed Shami