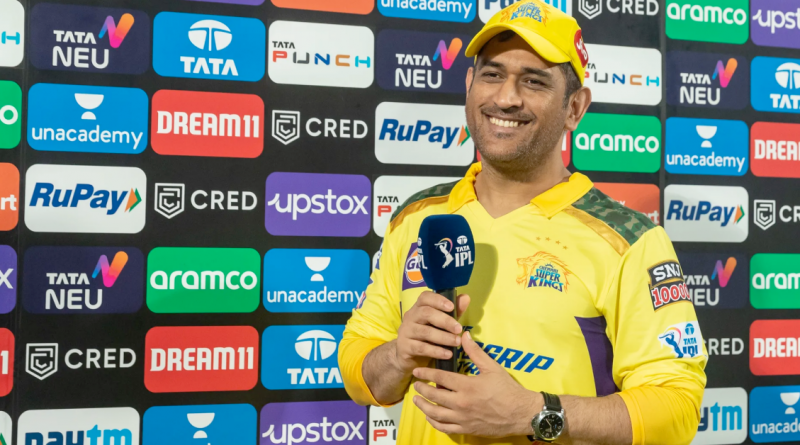 
Chennai Super Kings (CSK) captain MS Dhoni felt that the batting order couldn’t put up a good total on the board with Moeen Ali playing the lone fighting innings against the Rajasthan Royals (RR) on Friday.

Moeen scored a stunning 57-ball 93 but the Englishman was going even faster at one point in the innings. He had reached 50 in just 19 balls but the fall of wickets at the other end forced him to quell his aggression.

“I think what we need to understand is that we were playing a batter light. So when we lost those wickets, Moeen had to curb himself a bit. Role and responsibility got swapped a bit when the wickets fell.”

“If we had lost another wicket at that point, we wouldn’t have even got anything to defend. I’d say 10-15 runs short although the start is always crucial. If you don’t start well, even 180 may not be enough. Overall, I’d say 15 runs short,” Dhoni said at the post-match presentation ceremony.

With the loss, CSK bows out of the IPL 2022 season in 9th place. They won five games but looked a shadow of themselves in the season. Speaking about the positives in the season, Dhoni mentioned Mukesh Choudhary as one of the silver linings.

“I think the important factor is that he (Mukesh) is keen to learn quickly and after every game, he wants to improve. That’s what is needed for youngsters. Next season, it shouldn’t be like they are starting from scratch. Our Malinga (Pathirana) is difficult to pick, and he’ll only surely contribute for us next year.”

“We have done well in patches. Important thing is to do well as a team. Crucial thing is to make the most of an opportunity if you are a bowler or a batter. It’s not a one-year tournament, you keep coming back year after year. Key is to keep going as a player for the next 10-12 years,” he further stated,

Also Read – RR vs CSK: Watch – Ian Bishop Spotted With A Chit In His Hand At Toss To Ask MS Dhoni Questions At Toss