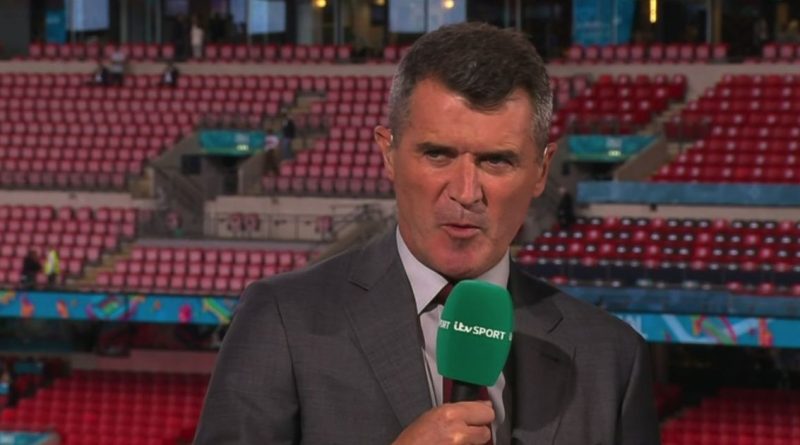 Roy Keane could not resist a cheeky jibe at Arsenal’s expense while praising Bukayo Saka.

It comes after England’s simple win over Andorra on Sunday night at Wembley which saw the Three Lions inflict a 4-0 victory over the European minnows.

As a result, Gareth Southgate’s men are in a commanding position in their World Cup qualifying group.

Among the scorers were Bukayo Saka, who netted the fourth of the night when a quick corner routine saw the Arsenal star head home from a Jesse Lingard cross.

It marked an emotional moment for the youngster, who was immediately swarmed by his teammates.

On his 20th birthday, Saka returned to the ground where his missed penalty saw England lose the Euro 2020 final to Italy.

In fact the goal he headed into was the one Gianluigi Donnarumma stood firm from 12 yards.

But the winger is a popular member of the squad and Keane was full of praise for the birthday boy – even if it meant digging at Arsenal.

The Manchester United legend said in the ITV studio: “Football’s all about making things right, he had a tough summer, reacted right.

“He had a good day today, I’m sure he’s going to enjoy the win – because he’s not getting many at club level.

“Yeah of course [you learn more when things go wrong] its good to win football matches and get the plaudits but what he had to deal with wasn’t right especially off the pitch stuff.

“He’s a young player he missed a penalty, all the great football players miss penalties but it’s about how to react, even in his interview he’s moved on, learned from it and he’s going to have a great career.”

Bukayo Saka is a popular member of the England squad
(

While Saka had a good day, the likes of Lingard and Harry Kane also got on the scoresheet.

The United playmaker made a rare start for England and netted twice on a fine night while Kane came off the bench to score his 40th goal for the Three Lions from the penalty spot.

He said: “It feels amazing, always amazing to put on an England shirt but to score and do well for your country is perfect.

“I thought the lads played well, it was a professional performance and now we move onto Poland.

“It’s always a great feeling scoring for your country and their moments you don’t forget of course the team helped me do that.

“We had to come into this game professionally, we knew what Andorra were about sometimes press, sometimes sit in the low block.

“But we were patient throughout the game but we had to keep moving the ball quickly and find opportunities to break through the defence and score the goals that we did.”