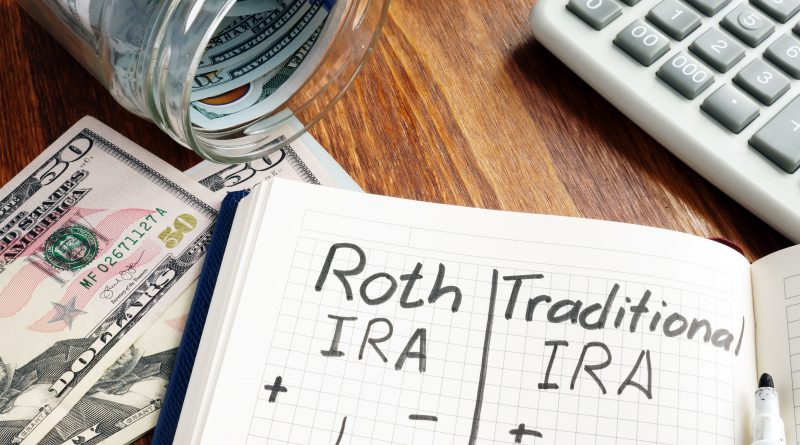 
A Roth IRA can be a great place to stash your retirement savings. Unlike a traditional IRA, you won’t have to pay income tax on the money you withdraw or be required to take a minimum amount from your account each year after you reach a certain age.

What’s more, these retirement accounts are available to just about everyone. Though you can’t contribute to a Roth IRA if your income exceeds the limits set by the IRS, you can convert a traditional IRA into a Roth—a process that’s sometimes referred to as a “backdoor Roth IRA.”

How to Convert a Traditional IRA to a Roth IRA

Converting all or part of a traditional IRA to a Roth IRA is a fairly straightforward process. The IRS describes three ways to go about it:

Of these three methods, the two types of transfers are likely to be the most foolproof. If you take a rollover and, for whatever reason, don’t deposit the money within the required 60 days, you could be subject to regular income taxes on that amount plus a 10% penalty. The 10% penalty tax doesn’t apply if you are over age 59½.

Whatever method you use, you will need to report the conversion to the IRS using Form 8606: Nondeductible IRAs when you file your income taxes for the year.

If the value of your retirement account has dropped, that could be a good time to convert to a Roth IRA because the tax impact will be less onerous than when your account is worth more.

Tax Implications of Converting to a Roth IRA

When you convert a traditional IRA to a Roth IRA, you will owe taxes on any money in the traditional IRA that would have been taxed when you withdrew it. That includes the tax-deductible contributions you made to the account as well as the tax-deferred earnings that have built up in it over the years. That money will be taxed as income in the year you make the conversion.

So if you wish, you can roll over all your tax-deferred savings at once. However, this approach is generally not advisable because it could push some of your income into a higher marginal tax bracket and result in an unnecessarily hefty tax bill.

Usually, it’s wise to execute the conversion over several years and, if possible, convert more in years when your income is lower. Adopting this strategy could result in paying less tax on each additional dollar of converted money. Stretching transfers out may also reduce the risk of your taxable earnings being too high to qualify for a government funding program you might otherwise be eligible for.

The Build Back Better infrastructure bill—passed by the House of Representatives and currently being considered by the Senate—includes provisions that would eliminate or reduce the use of Roth conversions for wealthy taxpayers in two ways, starting in January 2022: (1) Employees with 401(k) plans that allow after-tax contributions of up to $58,000 would no longer be able to convert those to tax-free Roth accounts. (2) So-called “backdoor Roth” contributions from traditional IRAs, described below, would also be banned. Further limitations would go into effect in 2029 and 2032, including preventing contributions to IRAs for high-income taxpayers with aggregate retirement account balances over $10 million and banning Roth conversions for high-income taxpayers.

However, people in that situation can still convert traditional IRAs into Roth IRAs—the strategy known as a “backdoor Roth IRA.”

Beware of the Five-Year Rule

One potential trap to be aware of is the so-called “five-year rule.” You can withdraw regular Roth IRA contributions tax- and penalty-free at any time or any age. Converted funds, on the other hand, must remain in your Roth IRA for at least five years. Failure to abide by this rule will trigger an unwelcome 10% early withdrawal penalty.

The five-year period starts at the beginning of the calendar year that you did the conversion. So, for example, if you converted traditional IRA funds to a Roth IRA in November 2021, your five-year clock would start ticking on Jan. 1, 2021, and you’d be able to withdraw money without penalty anytime after Jan. 1, 2026. Remember, this rule applies to each conversion, so if you do one in 2021 and another in 2022, the latter transfer will need to be held in the account for a year longer to avoid paying a penalty.

One advantage Roth IRAs have over traditional IRAs is you won’t have to take required minimum distributions—something to think about if you hope to leave the money to your heirs.

Does a Roth IRA Conversion Make Sense for You?

When you convert from a traditional IRA to a Roth, there’s a tradeoff. You will face a tax bill—possibly a big one—as a result of the conversion, but you’ll be able to make tax-free withdrawals from the Roth account in the future.

One reason that a conversion might make sense is if you expect to be in a higher tax bracket after you retire than you are now. That might happen, for example, if your income is unusually low during a particular year (for example, you were furloughed or lost your job during the COVID-19 pandemic) or if the government raises tax rates substantially in the future.

Another reason that a Roth conversion might make sense is that Roths, unlike traditional IRAs, are not subject to required minimum distributions (RMDs) after you reach age 72. So, if you’re fortunate enough not to need to take money from your Roth IRA, you can just let it continue to grow and leave it to your heirs to withdraw tax-free someday.

Moreover, you can continue to contribute to your Roth IRA regardless of your age, as long as you’re still earning eligible income. Since January 2020, you can also keep contributing to a traditional IRA (previously you had to stop at age 70½.)

How Much Tax Will I Pay If I Convert My Traditional IRA to a Roth IRA?

Traditional IRAs are generally funded with pretax dollars; you pay income tax only when you withdraw (or convert) that money. Exactly how much tax you’ll pay to convert depends on your highest marginal tax bracket. So, if you’re planning to convert a significant amount of money, it pays to calculate whether the conversion will push a portion of your income into a higher bracket.

Is There a Limit to How Much You Can Convert to a Roth IRA?

You can convert as much as you like from a traditional IRA to a Roth IRA, although it’s sometimes wise to spread these transfers out for tax purposes.

What Happens When You Convert to a Roth IRA?

In a nutshell, you pay taxes on the money you convert in order to secure tax-free withdrawals as well as several other benefits, including no required minimum distributions, in the future.

What Is the Downside of Converting From an IRA to a Roth IRA?

The most obvious downsides are the hit the conversion has on your current tax bill—your IRA withdrawal amount counts as taxable income—and that any money you convert can’t be touched for at least five years—unless you pay a penalty.