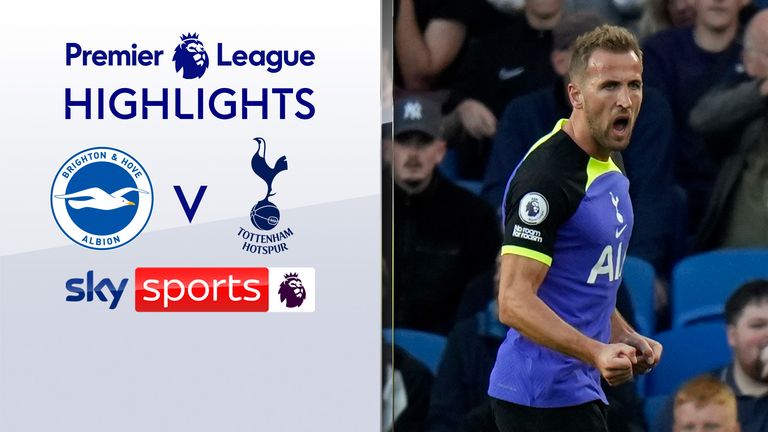 
Rodrigo Bentancur is in the middle of answering a question about his swift adaptation to life at Tottenham but the sound of banging, growing louder and louder as he talks, is making it increasingly difficult for the Uruguay midfielder to concentrate.

Overhead, outside the first-floor canteen at the club’s Hotspur Way headquarters, a grinning Heung-Min Son is thumping his palms against a glass window, his laughter reciprocated by Bentancur as he succeeds in distracting his team-mate mid-interview.

“A fantastic player and a great person,” Bentancur tells Sky Sports of Son, still smiling. “To be his team-mate is an honour, above all because of his personality. We enjoy ourselves every day.”

Bentancur and Son communicate in a mixture of languages – “some English, and he has learnt a bit of Spanish too,” he says – but their friendship shows precisely what he has just been talking about.

FREE TO WATCH: Highlights from Tottenham’s win against Brighton

Bentancur has only been a Spurs player for nine months, the midfielder joining from Juventus for £20m on the final day of the January transfer window, but he is already a popular figure among team-mates and fans alike and it is clear he feels right at home.

“The truth is I was able to adapt in an excellent manner from the moment I arrived,” he says. “My team-mates welcomed me in an extraordinary way and the club has been incredible.”

He came with Dejan Kulusevski. “That made it a lot easier,” he says, describing the Swede, his team-mate for a year-and-a-half at Juventus, as a “great player” who has “exploded” at Spurs ahead of his expected return from injury against Everton on Saturday.

“He didn’t have as much continuity there as he has here, but we are seeing his qualities exploding now. He helps a lot defensively and he is lethal in one-on-ones. He has adapted very well with Harry (Kane) and Son in particular. They are an incredible front three.”

It has been a busy period off the pitch for Bentancur, the 25-year-old and his girlfriend, Melany, welcoming a baby daughter during the summer. On it, meanwhile, he insists his own adjustment to the Premier League has not been as easy as he has made it look.

“The first week was really difficult,” he says. “The speed, the rhythm, the intensity, the strength of the players. It was a complete change from the level I was used to in Italy.”

He is grateful to Antonio Conte, though, for throwing him straight in.

Since his full debut, in a 2-0 win over Wolves following a couple of substitute cameos in February, Bentancur has started 28 games out of 31, the only three he has missed being due to injury.

“I think Antonio trusting me and starting me in games so soon after I arrived helped me adapt very quickly,” he says. “Minutes on the pitch are the best way to adapt and that has been fundamental for me.”

It helps, too, that he approaches his job with total commitment.

Bentancur’s appetite for self-improvement is evident in the revelation that he “hardly slept” after Wednesday’s frenetic 3-2 win over Eintracht Frankfurt at the Tottenham Hotspur Stadium, his mind whirring over his performance until the small hours. “That’s normal for me,” he grins. “I am always wired after games.”

It can also be seen in his decision to bring Daniel Fernandez, a family friend who has acted as his personal trainer since he moved to Juventus from Boca Juniors, with him from Italy to England.

“He is my father’s best friend, I call him my uncle,” he explains.

“We worked very hard on the physical aspects when I arrived here. He analyses my performances, too. The good passes, the bad ones, the balls I win.

“Now, in this period where we are playing every three days, we don’t do so much physical work, it is more about recovery, the small details. I give a lot of importance to those details.

“All the work we do is to help me improve.”

It is Conte, though, who has been the biggest driver of Bentancur’s improvement at Spurs, his prior experience in Italy, where he won three Serie A titles with Juve, helping him thrive under a manager who loves his tactical intelligence and defensive nous.

“As a first step into European football, I think Italy was the best possible option for me because tactically and defensively, the level is incredible,” says Bentancur.

“That helped me a lot, and then, arriving at a team like Tottenham, with another Italian coaching staff, I fitted in well.

“I have improved a lot in terms of my intensity and my transitions from defence to attack. I think I am a lot better in those respects. But being a footballer is a constant learning process.”

Conte regularly reminds Bentancur and his team-mates of that – “he wants to get 100 per cent out of every player all the time,” he says – and there are no let-ups in how hard he pushes them.

He doesn’t relax for a second and he doesn’t allow us to relax either. I believe that is one of the most important things about him

“Antonio has a lot of qualities, but I think above all he is a manager who wants to win and is very motivational,” says Bentancur. “He lives football like few other managers I have known.

“You see it on the bench. He is in the game all the time. He doesn’t relax for a second and he doesn’t allow us to relax either. I believe that is one of the most important things about him.

“After that, he has given an identity to the team that we didn’t have before, in terms of the way we play, and I think we are showing the benefits of that this season. He wants to win, like all of us.

“It’s a pleasure to have him as my manager.”

Bentancur, together with his midfielder partner Pierre-Emile Hojbjerg, acts as the fulcrum of Conte’s team, charged with getting them playing, but also breaking up play and harrying opponents.

All that while meeting Conte’s strict tactical demands.

“Above all, tactically, he likes his players to be well-positioned. I think I’ve learned that very well and I do it very well. I would say it’s my biggest strength, actually. It’s what he likes most about me.

“He also asks that we never drop our intensity, that we try to always press and don’t allow the opposition to have the ball easily.

“Then, he wants us to try to play our game, to enjoy ourselves when we can. I think we are generally we have been doing that.”

Spurs sit third in the Premier League table and top of their Champions League group heading into Saturday’s meeting with Everton, which is live on Sky Sports, but their progress was tragically interrupted last week by the death of 61-year-old fitness coach Gian Piero Ventrone, a popular member of Conte’s coaching staff. 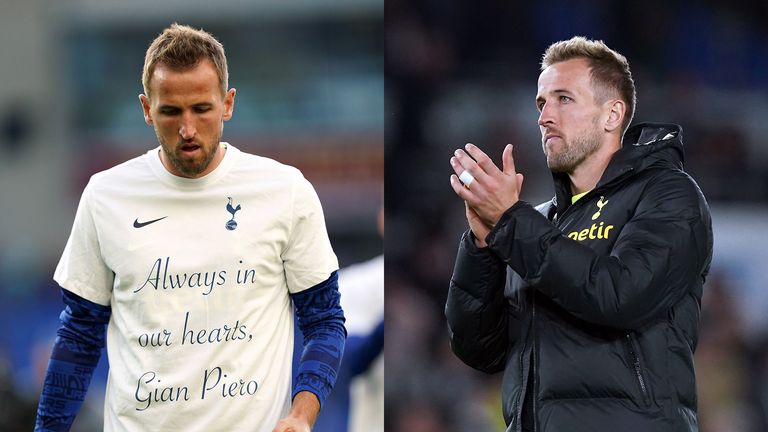 “He was a great person,” says Bentancur. “In the short time we shared together, he helped us a lot, as much on a personal level as on a professional level. He always had advice to give, whoever it was he was talking to, and the truth is it was a big blow for all of us.

“Now, we hope he rests in peace. All our victories will be for him.”

Several Spurs players have spoken in glowing terms about Ventrone since his passing, but few embody the Italian’s ‘no-limits’ philosophy quite like the relentlessly hard-working Bentancur.

Last season, during Tottenham’s thrilling 3-2 victory over Manchester City at the Etihad Stadium, he became one of only three Premier League players, another being his team-mate Kulusevski, to run further than 13km in a single game across the campaign.

“I am a player who prefers to run more during games than in training,” he says with a smile, “but Gian Piero did an extraordinary job with us. We suffered in pre-season, running so much, but now you can see the benefits of that work.”

Indeed, Bentancur and Kulusevski are not the only ones clocking up big distances.

In fact, as a collective, Tottenham have covered more ground than any other Premier League side this season, surpassing the 1,000km mark during their 1-0 win over Brighton on Saturday.

“All of that is thanks to Gian Piero,” adds Bentancur. “We get into the second halves of games now and we always feel stronger. He was a brilliant person and he will always be in our hearts.”

Bentancur’s physical capabilities are matched by impressive mental strength. Last season, Conte described his “winning mentality” as one of his best attributes. So, where does it come from?

“I think playing for a team like Boca Juniors, one of the best teams in South America, teaches you that,” he replies. “Then, at Juventus, I was walking into the club full of incredible players, legends, who were winning everything and continued to win things.

“But it’s also the way we are brought up from childhood as young players in South America. Football is a game they teach us to play, but above all you have to win.” Is it more, then, than just a game? “That’s it,” he smiles. “That is the mentality we grow up with.”

It is just one of many reasons why Bentancur has become so crucial, so quickly, to Conte and Spurs. “I’m feeling very good, I’m happy in my personal life, and I think that shows on the pitch,” he says.

“Now, it’s just about continuing in the same way.”