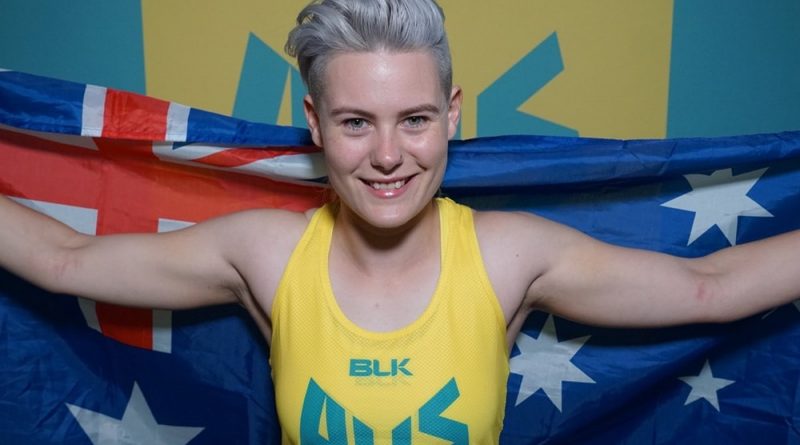 Paralympics history has been made after Robyn Lambird became the first out non-binary athlete to win a medal.

The Australian wheelchair racer, 24, won bronze in the Women’s 100-metre T34 sprint Sunday (29 August) with a triumphant score of 18.68 seconds.

They trailed just nail-biting seconds behind Brits Kare Adenegan and Hannah Cockroft, who picked up silver (17.03) and gold (16.39) respectively.

“It is my first [Paralympic] Games, it’s been almost a 10-year dream so to be here and to win a medal among the best in the world,” Lambird told Australian news outlet 7Sport. “It’s awesome.

“I just want to show all the kids out there – with disabilities or not – if you have a dream, chase it. There’s always a way, and you can find that way.”

“Disabled is sexy!” they added.

Lambird lightened up the historic moment by cheekily pretending to grab Cockroft’s gold medal while at the podiums, before draping their long-sought bronze medal over themselves, a smile breaking on their face.

Hey, it was an honest mistake 😂

Bronze medallist Robyn Lambird almost picks up the wrong medal in the victory ceremony for the women’s 100m – T43 and it’s a good laugh for everyone pic.twitter.com/XUuwbR5SgS

As Robyn Lambird makes Paralympic history, they know ‘this isn’t over though’

Robyn Lambird’s medal victory is the latest entry into what has become a history-making Tokyo Paralympic Games.

They were already among a record number of out LGBT+ athletes taking part, according to a tally by Outsports,and are one of three non-binary athletes to compete at the Paralympics with fellow Australian Maz Strong and Team USA’s Laura Goodkind.

The trio joins the likes of American skateboarder Alana Smith and Canadian football star Quinn, who took part in the Olympics last month.

“Words cannot describe my emotions, Bronze on my Paralympic debut,” Lambird wrote on their Instagram.

“This isn’t over though, and can’t bloody wait to see what’s next!”

Diagnosed with cerebral palsy when they were nine, Lambird says they have long been desexualised for having a disability – but when it comes to it, they’re hot. And they know it.

“It’s not always this tragic, depressing thing that the media makes it out to be,” the model told Mamamia.

“On the whole, you hear that disability is something tragic, that you’ve been in some kind of accident and it turns your life upside down.”

“Here, queer, and ready to remind you that disabled people are hot,” they wrote on an Instagram post in May, “and that mobility aids aren’t a sign of tragedy, they are a source of freedom, which is totally sexy!”