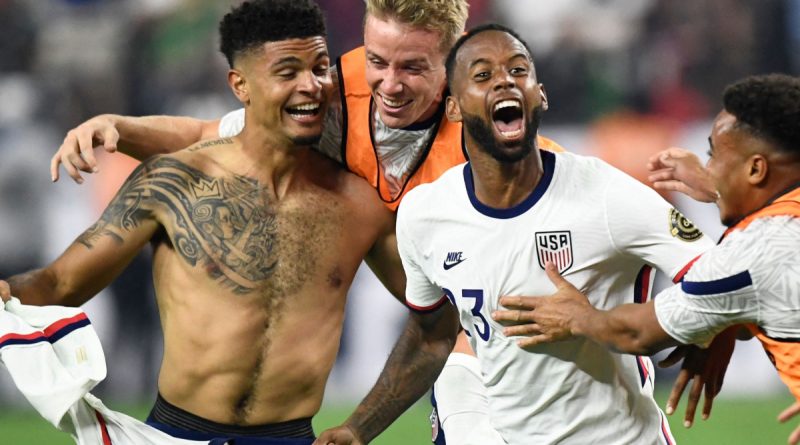 USA clinched the Gold Cup in dramatic fashion as Miles Robinson’s extra-time header gave the Americans a 1-0 victory over Mexico.

The US team, who were without stars Christian Pulisic, Weston McKennie and Gio Reyna, edged out a more experienced Mexican side with a 117th-minute winner in Nevada.

Atlanta United defender Robinson’s dramatic late header from a Kellyn Acosta free-kick gave the US a second win over Mexico in as many months following their 3-2 victory in the Nations League back in June.

The triumph was also revenge for USA’s Gold Cup final defeat to Mexico in 2019 when they were on the wrong end of a 1-0 scoreline.

Speaking after the match, match-winner Robinson said: “I don’t really know what happened, I’m still [feeling] some crazy emotions. I’m happy we got the W, that’s all I can say.

“We were focusing a lot on set-pieces. I knew if I could get open and get half a step that I could finish one.

“And Kellyn [Acosta] put a perfect ball in so I had to finish it.

When asked what he was thinking after he scored, he added: “That my neck was a little bit sore and I’m ready to celebrate!”

Robinson has scored just once in four seasons in Major League Soccer, but towered above everybody else to plant his header beyond Alfredo Talavera and hand the US the title.

The victory seals USA’s seventh Gold Cup trophy, their sixth since the turn of the century.

But they remain four behind record-holders Mexico, who have won the tournament 11 times.

The last 11 Gold Cups have all been won by either USA or Mexico, a run which stretches back to Canada’s triumph in 2000.

Tokyo 2020: High jumpers in tears of joy after they agree to share gold medal at Tokyo 2020 in amazing scenes at Olympic stadium