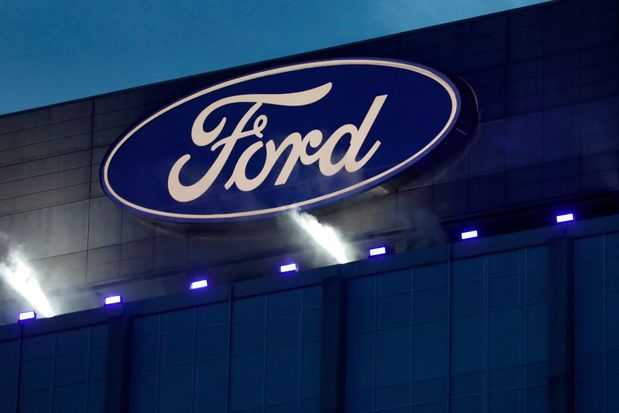 is making a mint on its investment in electric truck startup

Rivian Automotive
.
That’s great for Ford investors, but there’s a bigger Rivian-related issue they have to wrestle with: Now that Rivian is a publicly traded stock, what do Ford executives plan to do with their Rivian stake?

Ford (ticker: F) announced it would record an $8.2 billion gain on its investment in Rivian (RIVN) when the Detroit auto maker reports its fourth-quarter financial figures.

It’s a huge sum that works out to more than 8% of Ford’s current market capitalization. Ford stock, however, isn’t moving because, of course, investors have long known how much Rivian stock Ford owns: about 100 million shares.

Ford stock was up 0.6% in early trading Wednesday. The


Dow Jones Industrial Average
were up about 0.7% and 0.5%, respectively.

Ford’s Rivian stake was worth about $10.6 billion at the end of 2021. Rivian shares closed at $103.69. Rivian stock, however, has had a rocky start to the year, hit by a slower-than-expected production ramp-up as well as the selloff in other highly valued growth stocks.

Coming into Wednesday trading, the

At Rivian’s current price of $73.16, Ford’s stake is worth about $7.5 billion. If Rivian closes the first quarter at that level, Ford would have to record a loss of roughly $2 billion.

That loss, however, wouldn’t move Ford stock when announced because investors can mark Ford’s Rivian stake to market everyday. What might move Ford stock is any decision Ford makes whether to hold or sell its Rivian stock. No one knows exactly what Ford’s plans are just yet.

Ford can’t sell Rivian stock for 180 days following the Rivian initial public offering. That means the earliest Ford can sell is around May 9, 2022.

What to do with Rivian will be one of the big decisions Ford management has to make in 2022. It’s a one-time decision though. Longer term, all the decisions about product lineups and vehicle electrification will matter more to Ford investors.

In addition to the Rivian gain, Ford outlined several other accounting items. There will be a $3.5 billion gain from pension accounting, a $3.6 billion tax accounting gain as well as a $1.7 billion loss associated with debt repayment charges.