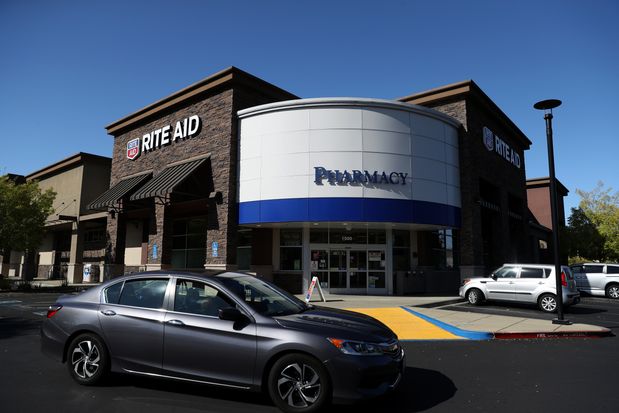 was soaring after the drugstore chain said it was closing stores to cut costs, and expects to lose less money than anticipated due to higher demand for Covid-19 vaccines and testing.

Rite Aid (ticker: RAD) rose 14% to $14.17 on Tuesday. Revenue from continuing operations was lower than expected for the third quarter, and management cut its forecast for annual revenue.

The drugstore operator said it expects an adjusted net loss for the fiscal year ending in February of between 49 cents and 4 cents a share, substantially less than the 90 cents to 53 cents it had predicted. The consensus call among analysts was for a fiscal-year loss of 77 cents a share.

“As a result of the momentum in the third quarter, and an anticipated increase in demand for COVID-19 vaccines and testing versus prior expectations, Rite Aid Corporation is raising its fiscal 2022 Adjusted EBITDA guidance,” the company said.

Total annual revenue from the two units is expected to be between $24.4 billion and $24.7 billion, lower than the $25.1 billion and $25.5 billion previously expected. Analysts had forecast $25 billion in revenue.

In the third quarter, the pharmacy chain posted adjusted earnings of 15 cents a share, beating analysts’ estimates that called for a loss of 18 cents a share. Revenue from continuing operations totaled $6.23 billion, 1.8% more than in the same quarter a year earlier, but below the consensus call on Wall Street for revenue of $6.32 billion.

Rite Aid also announced the first phase of a program that will shut 63 stores, driving approximately $25 million in annual Ebitda benefit. Overall, the program aims “to reduce costs, drive improved profitability and ensure that we have a healthy foundation to grow from, with the right stores in the right locations, for the communities we serve and for our business,” CEO Heyward Donigan said in a news release.

Management expects to identify more stores that will be closed as it reviews its operations.