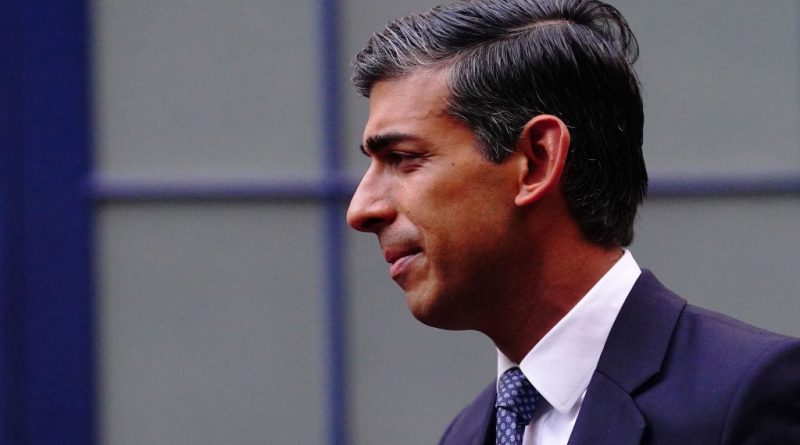 
Stop me if you’ve heard this one before: After a tumultuous period of political instability, Britain is once again poised to get a new leader. This time, that leader is Rishi Sunak.

That Sunak, 42, looks set to enter 10 Downing Street less than two months after losing his first leadership bid to Liz Truss may well be remembered as one of the swiftest political comebacks in British history. But it is also hardly a surprise: The former finance minister was the top choice among fellow Conservative Party lawmakers to replace Boris Johnson after the erstwhile Prime Minister was toppled from power in July. (Truss, meanwhile, was the favorite among the Conservative party’s roughly 200,000 grassroots members, who typically get the final say in leadership races.) This time, Sunak secured the support of nearly 200 lawmakers, besting Johnson (who preemptively dropped out of the race, citing his inability to command party unity) and Penny Mordaunt (the House of Commons leader who withdrew from the contest at the last minute after failing to secure the requisite support to enter the race) and thus avoiding a runoff vote on Friday.

Like his predecessor, Sunak is unlikely to get a honeymoon period. The immediate test will be whether his reputation for fiscal conservatism will be enough to calm the markets and steer the country through the litany of challenges it faces, not least a cost-of-living crisis, rising energy costs, and soaring inflation.

The scale of challenges facing Sunak risks obscuring what would be the historic nature of his premiership. He will not only be Britain’s first non-white leader, but its first Asian and Hindu Prime Minister too—an achievement that is especially meaningful as it coincides with Diwali. His victory will join the long line of political firsts achieved by the Conservative Party, including the country’s first Jewish Prime Minister in Benjamin Disraeli and its first, second, and third female prime ministers in Margaret Thatcher, Theresa May, and Truss.

Below, what you need to know about Sunak.

Who is Rishi Sunak?

The historic nature of his expected premiership notwithstanding, Sunak followed one of the most traditional paths to power. Born in the English port city of Southampton to Hindu Punjabi immigrants from East Africa, Sunak was educated at the prestigious Winchester College, one of the U.K.’s elite private boarding schools, before going on to study philosophy, politics, and economics—the quintessential degree for anyone aspiring to go into British politics—at Oxford University. After stints at Goldman Sachs and Stanford University, where he earned his MBA as a Fulbright scholar, Sunak went to work for hedge funds before ultimately standing for Parliament in 2015. A practicing Hindu, Sunak famously took his parliamentary oath on the Hindu scripture, the Bhagavad Gita.

But as far as British lawmakers go, there is still so much about Sunak that is atypical. With a net worth of roughly £730 million ($825 million), Sunak is believed to be the richest lawmaker in the House of Commons. Until his resignation from Johnson’s government, which precipitated its fall, Sunak was also the country’s second-youngest-ever Chancellor of the Exchequer, as the role of finance minister is known in Britain, and is poised to become the youngest Prime Minister in modern British history.

What is his political background?

Sunak’s national image has gone through various iterations over the past several years. Prior to being appointed the country’s Chancellor by Johnson in early 2020, Sunak was perhaps best known as one of the original supporters of the Brexit campaign. But it wasn’t until the start of the COVID-19 pandemic that he became a household name after he pledged to do “whatever it takes” to support British businesses through the unprecedented global crisis, ultimately presiding over the largest economic bailout recorded in peacetime. The British press dubbed him “Dishy Rishi,” a nickname that became even more relevant after Sunak introduced the “Eat Out to Help Out” program in order to encourage Britons to dine out and support the hard-hit hospitality sector on the government’s (partial) dime.

His pandemic popularity didn’t last, though. In April, Sunak came under intense criticism after it was revealed that his wife Akshata Murty, the daughter of one of India’s richest men, had non-domiciled status that enabled her to avoid U.K. tax on her overseas income, a sum the BBC estimated would total just over £2 million ($2.3 million). Though not illegal, the tax avoidance measure prompted outrage at a time when Sunak had raised taxes on millions of workers. (Murty subsequently pledged to pay U.K. tax on her international income going forward, despite her non-domiciled status.) The controversies continued with the revelation that Sunak held a U.S. green card even after entering government, despite the fact that green card holders are obliged to make the U.S. their permanent home.

Perhaps the most damning controversy came that same month, when Sunak became one of several people in Downing Street (including Johnson) to be fined for breaching COVID-19 lockdown restrictions over attending Johnson’s birthday party. Although Sunak was loyal to Johnson throughout the so-called “partygate” scandal, tensions over the economy prompted his dramatic resignation, triggering the mass exodus of ministers that ultimately forced Johnson to step down.

While Sunak’s track record for fiscal conservatism may have cost him the leadership contest against Truss, who campaigned on a platform of sweeping tax cuts that Sunak presciently warned would end in disaster for the British economy, it all but guaranteed his victory this time around.

What kind of leader will Sunak be?

Compared to Johnson, “Sunak will be a bit more pragmatic and certainly temperamentally a slightly different character,” says Gavin Barwell, a former Conservative minister and chief of staff to ex-Prime Minister Theresa May. Compared to Truss, he will be regarded as a safe pair of hands for the British economy who can steer the country through the enormous economic challenges it faces.

But what assuages the markets may not bring much comfort to ordinary Britons, many of whom will be bracing for a return of austerity under the next government. As Chancellor, Sunak oversaw increases to both the corporation tax and the basic rate of income tax. As Prime Minister, he and his likely Chancellor, Jeremy Hunt, would be expected to balance the government’s books by ushering further tax increases as well as cuts to government spending.

Stylistically, Sunak will undoubtedly bring a more serious tone to Downing Street. He bears none of the clownish antics of Johnson, nor the Libertarian zeal of Truss. What he does have, however, is an expensive wardrobe, a penchant for Coca-Cola, and, as The Atlantic’s Helen Lewis aptly points out, a fastidious and obsessive personality reminiscent of Frasier’s Niles Crane.

Read More:Britain’s Conservative Party Can’t Get Its Act Together

What are the biggest challenges ahead for Sunak?

With Sunak on course to become Prime Minister, his intray is filled with numerous crises left over from his predecessors, the most daunting of which will be to rein in inflation rates not seen since the 1980s. In addition to the country’s economic challenges, Sunak will also have to contend with Russia’s ongoing invasion of Ukraine, the political stalemate over the post-Brexit trading arrangements in Northern Ireland (which Sunak previously pledged to rewrite, raising the specter of a potential trade dispute between Britain and the E.U.), as well as renewed calls for an independence referendum in Scotland, the case for which is currently being considered by the U.K. Supreme Court.

As the Conservatives’ fifth leader in just six years, Sunak will also have to go about the difficult business of uniting his fractious party. Although Sunak has been able to claim the support of a majority of Conservative MPs, he remains a divisive figure over his role in toppling Johnson’s premiership when he resigned from his government in July. Who he chooses to appoint to his expected government, and whether those invitations extend to backers of his rivals Johnson and Mourdant, could go a long way in repairing the damage.

Will he call a general election?

The U.K.’s next general election isn’t due to take place until January 2025 at the latest. As the next Prime Minister, Sunak could technically call for a snap election before then, though he is highly unlikely to given the opposition Labour Party’s significant lead in the polls. But the pressure to do so will be overwhelming, especially in the face of arguments that the 2019 election manifesto on which the Tories won their overwhelming parliamentary majority is no longer fit for purpose. Indeed, a recent poll by YouGov found that more than half of Britons want a general election.

“The principle of parliamentary democracy is [that] it’s the majority in parliament who chooses the leader,” says Peter Ricketts, a former diplomat and government advisor. “But it’s getting ridiculous if we’ve had three in three months and no elections.”