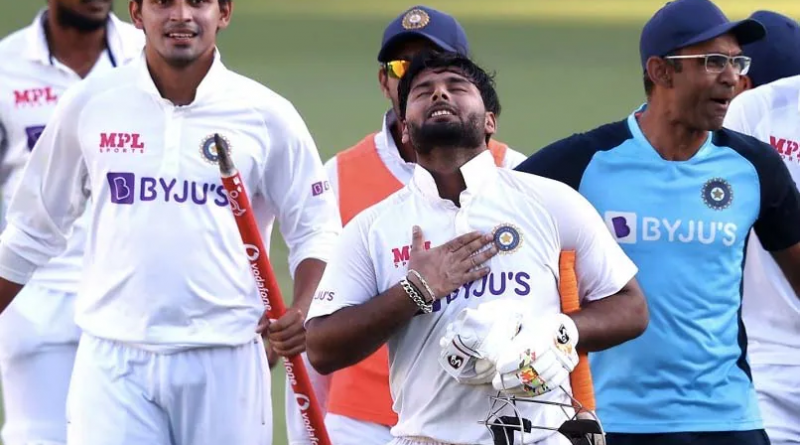 In the absence of several senior players in the team, young wicketkeeper-batsman Rishabh Pant played a key role in India’s historic 2-1 victory over the strong Australian team in the Border-Gavaskar Trophy 2020-21.

Speaking on Voot Select’s docu-series ‘Bandon Me Tha Dum’, Pant talked about his battle with Lyon and said that the veteran off-spinner didn’t expect him to go for a boundary when the ball was turning viciously on the surface.

“Pujji bhai (Cheteshwar Pujara) is somehow always there with me for the partnership. My first instinct is to always go for the win. I was thinking about what we can do to gain a victory. Lyon was again delivering a line-ball. It was tempting, he delivered one ball to me, I was watching, that ball landed and turned viciously.

“What does a good bowler think then? If it turns like this, he won’t hit it. I was planning something else in my mind (hitting the ball for a six). He was thinking what just happened, he did not expect I could do something like this. I had come with a different mindset, if the ball is in my area, I will hit it no matter who the bowler is,” he added.

Pant came out to bat in the 4th Test after the dismissals of Rohit Sharma, Shubman Gill and Ajinkya Rahane and when India were at 167/3 in their second innings.

Meanwhile, Ajinkya Rahane, who was leading India in the Border-Gavaskar Trophy 2020-21 in the absence of Virat Kohli, revealed that he told Pant to stay out in middle till tea.

“When I was going back to the dressing room, Rishabh Pant was coming in. I just told him, 15 minutes are left for tea, play these 15 minutes somehow, stay at the pitch, if you want to lie down, do that. I won’t tell you anything after tea,” said Rahane.

Pant played a remarkable knock of 89* runs off 138 balls, including 9 fours and 1 six, at the Gabba, Brisbane to help India complete the 328-run chase to win the match by 3 wickets.

Also Read: IND vs SA: He Hasn’t Learned – Sunil Gavaskar Lashes Out At Rishabh Pant For His Shot Selection In 4th T20I vs South Africa